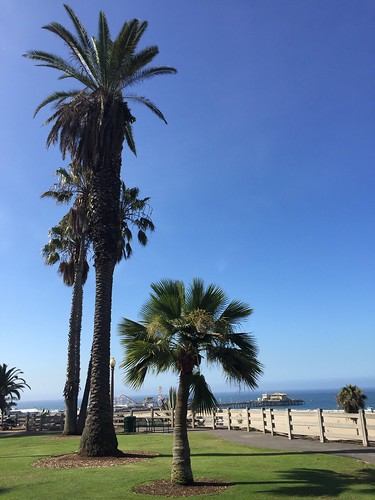 This summer I’m too busy with work to go on a long holiday, so we’re just taking a few shorter trips. In early July we spent some days in Kelowna and Banff, and last week we did a trip to Southern California. I had accepted to speak at 2 conferences in Los Angeles so that was a good reason to bring the family along and plan some activities in between the conferences. 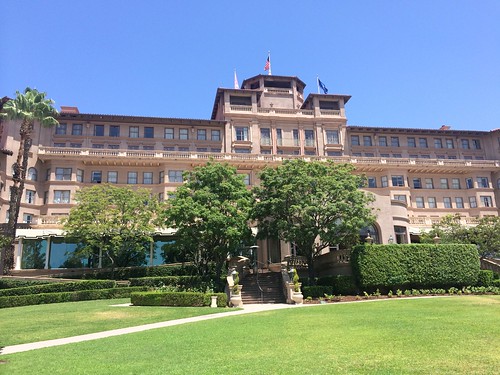 The first conference that I spoke at was the Silicon Dragon conference in Pasadena, a conference about tech and investing in China. We decided to stay in The Langham Huntington, where I stayed a couple of monts ago as well when I did 2 talks at Caltech and in Burbank. It’s a beautiful classic hotel with great service and nice views from the rooms (especially those on the backside of the hotel). 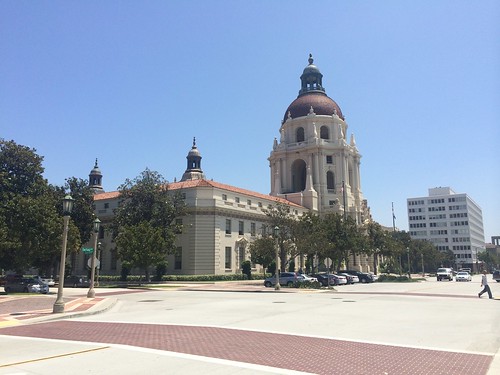 We did a bit of sightseeing in Pasadena, which is very nice place with some older buildings and nice shops. We also took the kids to the Caltech campus close to downtown Pasadena. We’re showing the kids all world-class universities when we are in the area: for example a couple of months ago when we were in the Bay area we went to Stanford and to UC Berkeley with them. Not sure if universities will still be around when they are ready to go there in 10-12 years (also education is being disrupted!), but it’s always good when they know what the campuses of these universities look like. 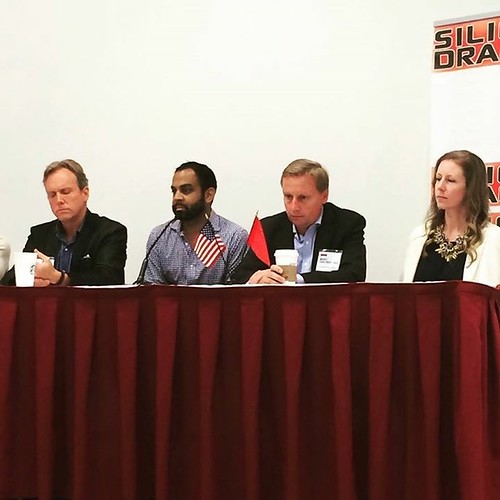 The Silicon Dragon conference was interesting and a good way to catch up with a lot of people (a lot of friends from my China days were there). The venture capital / dealmakers in China panel was fun to participate in and I even did an interview with CCTV (China’s main broadcaster) about investing in China and about online entertainment trends in Asia. 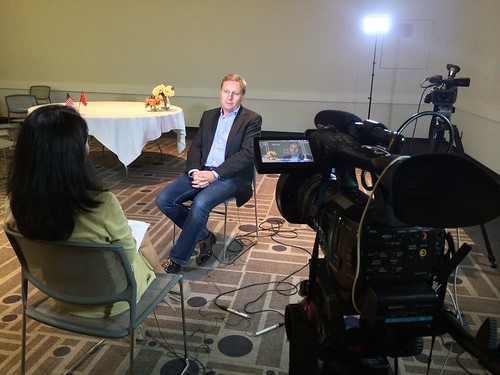 After the panel I picked up my family from the hotel and we drove 2 hours south to the Legoland Hotel in Carlsbad. We stayed there last year as well and it’s a good base when you plan to visit Legoland. However, the hotel is very much overpriced (almost $600 per night for a room without a balcony) and is super crowded in the summer months. The service is mediocre as well, it’s basically a 3-star hotel with 5-star prices. But the kids love it and that’s what count. But after last week’s experience we very likely won’t be back anymore, and certainly not in high season. 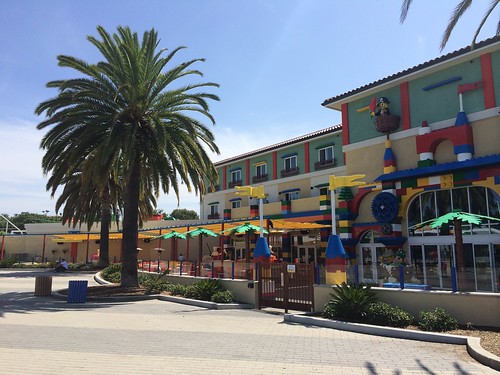 Legoland on the other hand was great and the kids had a fantastic time. As usual in theme parks we got VIP passes, but the park had changed the system. Last year when we visited Legoland we just got special tickets so that you did not have to wait in line at any of the attractions, but this year they changed to electronic devices. For an additional $25 per person you would have a 25% shorter waiting time, for $50 a 50% shorter waiting time and for $100 per person your waiting time was 5% of that of normal ticket buyers. 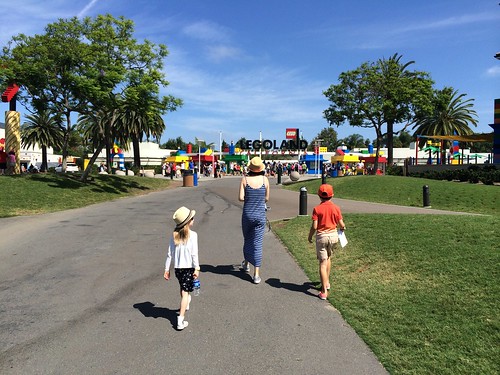 Pretty decent pricing (esp. compared to the price of the Legoland Hotel), because the waiting time at the most popular attractions was between 60-90 minutes. With the devices we had to wait max. 5 minutes at each attraction, and if you input the next ride while walking there you have almost no waiting time. We saved many hours of waiting because of the devices, so it was totally worth it for us. 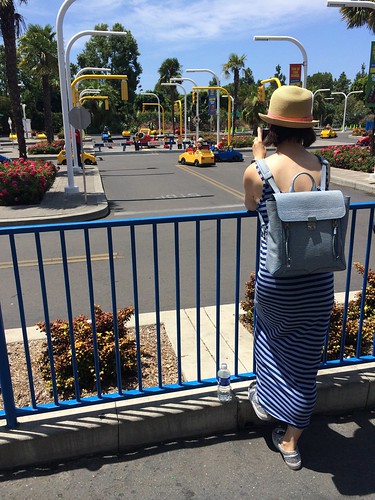 Scott and Elaine both had their first rollercoaster experience in Legoland. They both liked it, but Scott felt one rollercoaster ride was sufficient for a day while Elaine was really excited and afterwards wanted to try every scary ride that we saw. Interesting to observe how different siblings can be. 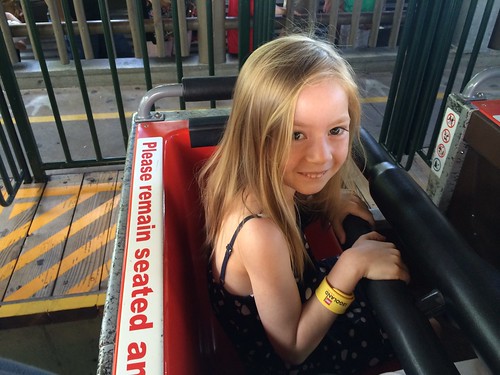 After a couple of hours we left the park and drove down to San Diego, where we had booked a suite at the Hyatt next to Sea World. The place was quite nice, with a balcony overlooking the Mission Bay marina and a (bit crowded) pool with slides for the kids. 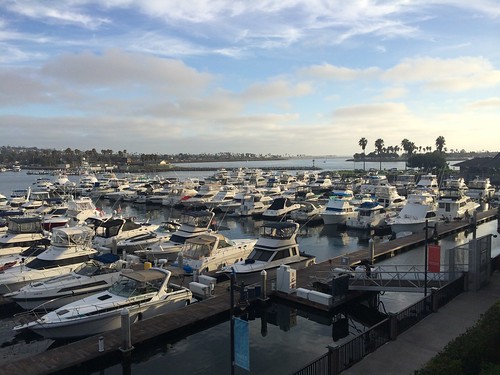 The next morning we took a water taxi from the marina to Sea World, the quickest and easiest way to get to the park. The boat captain made a little detour to show us some seals and then dropped us off at the back entrance of Sea World. So no waiting lines to enter the park. The only problem was that we had to pick up our VIP passes at the entrance of the park, so we first had to take a walk. 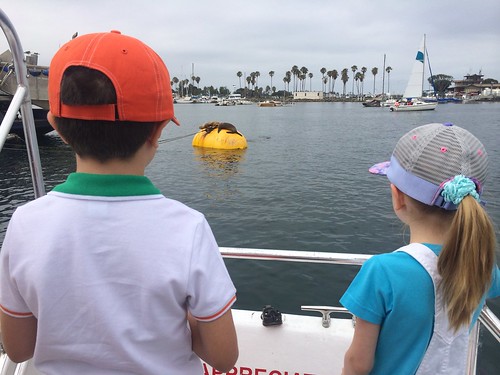 Sea World still had the old system where you could bypass all the lines, but because of all the negative publicity after the release of Blackfish (https://www.youtube.com/watch?v=8OEjYquyjcg) there were not that many lines anymore. Even at the top attractions waiting times in the middle of peak season were just 15 minutes! But the tickets were still quite useful for the shows: most of them are fully booked if you don’t come at least 15-30 minutes in advance, but with these tickets you get the best seats even if the show is full already and you can show up any time. 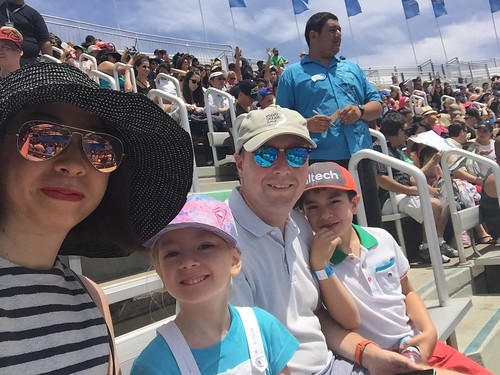 After Legoland Scott and Elaine were not too impressed by Sea World’s rides, but they liked the shows a lot. The orca and dolphin shows were both quite impressive, and the one with the sea lions was a big hit with the kids as well. We left around 4 pm and took a water taxi to the hotel from the back entrance. 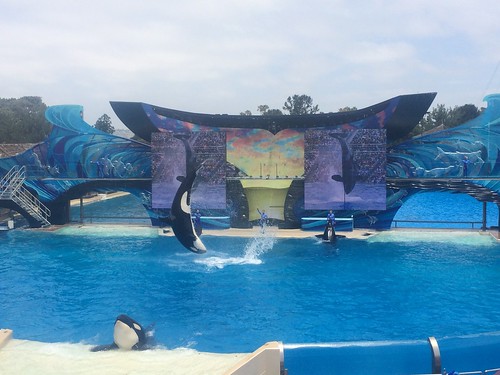 In the hotel we went for a swim and then we drove along the coast to downtown San Diego. The city is very nice (I had only been there once before) and has a very relaxed feel. I especially like all the marinas, it seems like everybody has a boat in San Diego. 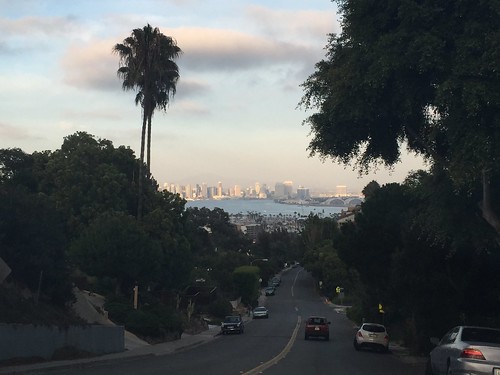 After dinner we put the kids to bed and then I worked a couple of hours in the living room. Although I try to keep up with important emails during the daytime I get so many mails that there is no way I can answer all of them on my phone. Even on my laptop I can’t answer all of them anymore and these days chances are you don’t get a reply anymore if you mail me. For a long time I tried to answer all my mails but I have given up on that. So if you ever try to get in touch and don’t get an answer, just send a follow-up mail (they do get priority!). 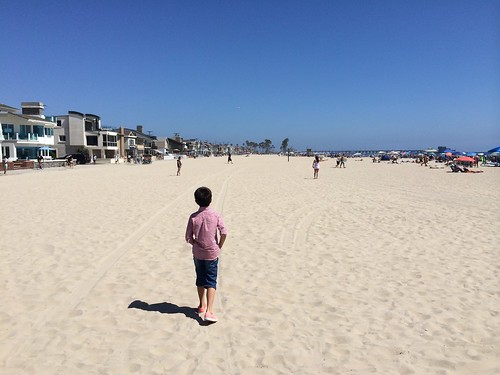 The next day we visited friends from Hong Kong in their holiday home in Newport Beach. They are both in the traditional finance industry, so we talked a bit about the latest developments in blockchain land (still one of my favorite topics) and the p2p lending world. I also took Scott to the beach, just a 2 minute stroll down the lane from their house. Many of the beaches in Southern California are wide and sandy, and the one in Newport beach was no exception. Great places to hang out and spend a lazy afternoon! 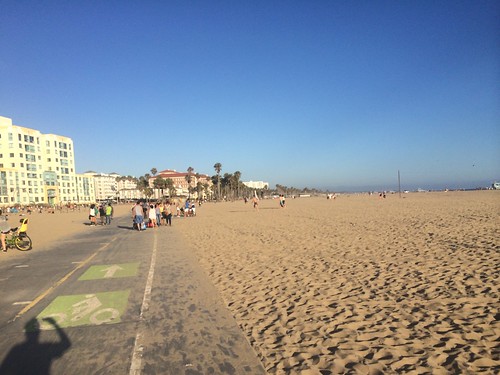 Late in the afternoon we drove to the Fairmont Hotel in Santa Monica, a very nice hotel overlooking the Pacific. I went for a run on the beach while the kids went swimming in the ocean, and after that we had a quick dinner in downtown Santa Monica. After dinner the kids were tired and went to bed straight away, while I worked for a couple of hours. 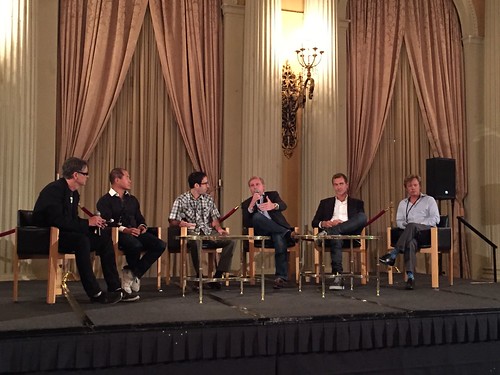 The next morning I got up early to drive to downtown Los Angeles for Keynote 2015, a distributed ledger conference, where I was invited to speak on investing in blockchain tech. The conference was held in the main ballroom of the Biltmore Hotel in Los Angeles, an amazing location! In the 1920s the first Oscar award ceremonies were actually held right in this place, and the hotel had several pictures from events in those days on its walls. 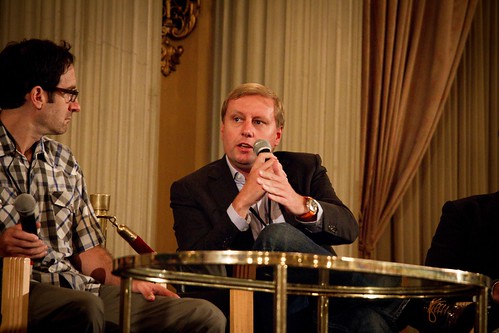 The blockchain conference was very interesting and gave me some new insights on what’s happening with bitcoin, and I enjoyed discussing the investment opportunities in blockchain technologies. The crowd was very different from the ‘old’ bitcoin conferences, where most people were very familiar with bitcoin already. At this conference I met several people from banks and other multinationals who were still new to the bitcoin world. Also a couple of speakers were pretty much anti-bitcoin, which made for some lively discussions. Thanks for organizing this Moe, it was great to be part of one of your events again. 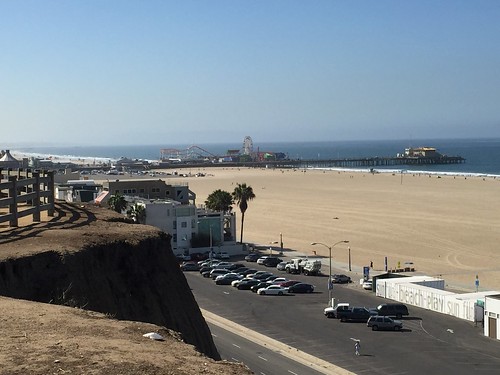 The next morning I made a walk around Santa Monica before packing our suitcases and driving to the airport. I handed in my Silvercar and one of the Silvercar employees drove us to departures (great service!). We had a quick lunch in the lounge and then boarded our flight back to Vancouver. I had a fun and productive couple of days in SoCal, and the family enjoyed it as well!