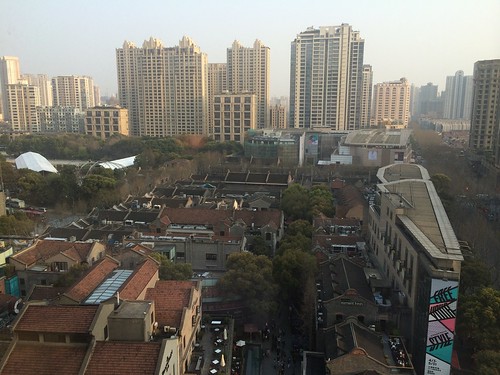 After some impressions about life in general in my post yesterday, today some more business related topics that I noticed during my trip to China last week.

Valuations
Company valuations are going through the roof, especially private company valuations. When Tudou raised its first round in late 2005 valuations were probably 10% of what they are now. At one time Tudou raised the largest round ever for a Chinese company, which was $57 million at that time. Now that number is just peanuts and many companies have raised hundreds of millions in later stage rounds.

Although in Silicon Valley valuations are also extremely high (e.g. Uber @ $40 billion and Snapchat @ $19 billion), I have the feeling that Chinese tech companies tend to get ever higher valuations based on the same numbers. I have no data on this, but that’s just what I hear when talking to local VCs. One reason may be that the Chinese market is potentially much bigger than the US market, although most Chinese have a lot less earning power. And for Chinese companies it may be easier to go abroad (with the right management teams) than it is for US companies to enter China.

Buying R&D
A relatively new trend is that Chinese companies are now actively buying R&D from outside China. With growth rates going down to about 7% this year they need to find other ways to grow faster, and foreign intellectual property is a good investment for that. We see it a lot at CrossPacific Capital and several of our portfolio companies are in discussions with Chinese buyers. Chinese companies are especially looking for companies that can deliver revenue right away, so products that can immediately be integrated or sold in China.

The valuation of these companies mainly depends on the current product portfolio and less on the value of the IP for future products. Chinese business men want to see results now, nobody knows what will happen in 4-5 years so that’s less important. Generally valuations for these companies are a lot higher in China than in North America, meaning that if you can identify the right products or technology you can make a good return on your investment. However, valuations are not as high as Chinese Internet and tech companies. 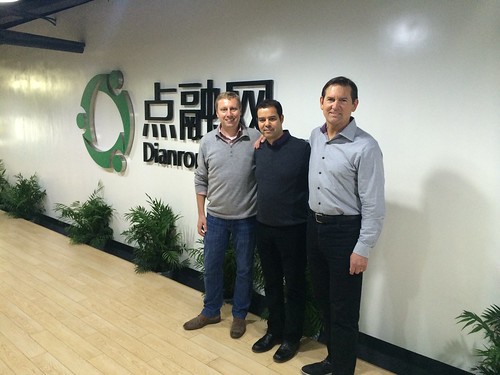 Dianrong
One important reason why I was in China was for a Dianrong board of directors meeting. Dianrong is a Shanghai-based P2P lending company, comparable to LendingClub or Prosper, but only focused on China (for now) and therefore with Chinese characteristics (shorter loan duration, higher interest rate etc.). The company is also active in banking solutions for traditional banks.

When I first met Soul Htite, the founder and CEO of Dianrong, a few months before I left China in 2013 he was so convincing about his plans that I fairly quickly decided to invest. That was a good decision because Dianrong turned out to be one of the fastest growing companies I have ever been involved in. It’s unbelievable how innovative the company is and how it manages to handle its growth. The company is obviously still privately held, so I am not able to share any data here, but trust me that the figures are extremely impressive.

In my opinion, one major strength Dianrong has is the management team that Soul put together. Many of the executives are graduates of top US schools like Harvard, MIT, Stanford or Wharton, or from Chinese top universities (or both). The team understands both the Western and the Chinese financial and Internet world and that makes them stand out from many of the other Chinese P2P lending companies.

Dianrong is the type of company that could conquer the world from China. Not just South-east Asia like some ‘traditional’ Chinese Internet companies are doing already, but possibly also the Western world. Yes, I am biased of course, but keep an eye out for them!

WeChat
While many people in North-America have never heard of it, WeChat (微信) is now the only app you need to do business in China. Originally a messenger app comparable to WhatsApp, it has grown into a mobile-first combination of the Facebook timeline (with built-in privacy!), Messenger, Skype, a business sales & marketing platform, and a group communication tool like Slack. Companies like Dianrong rely on WeChat for communication, and in many instances it has replaced email. You can run a company on WeChat these days.

I use WeChat a lot in Canada as well, but it’s not really taking off yet among people that don’t have a lot of connections with China. I hope that will happen though, because it’s extremely useful and a great way to stay connected to people that you meet. Next to exchanging business cards you now just scan each others QR codes to get connected. If you want to do business in China make sure you have WeChat installed on your phone.

The future of retail
If you want to understand how retail in the West will change, come to China first. Already a couple of years ago people were ordering everything online and that has only increased. Real time delivery for (almost) free is the norm and I believe that China might be the first country where large supermarkets and other stores may disappear. There are still a lot of shopping malls, but if this trend continuous they will be mainly for high-end brands (where the retail experience is important) or just for window shopping.

It’s hard to imagine how fast online retail has grown. In March 2013 when I left China McKinsey estimated that by 2020 Chinese online retail would be between $420-$650 billion. Guess what, in 2014, so just one year later, online retail was already at $450 billion in China. I don’t want to criticize McKinsey too much, but they clearly should do their homework a bit better and learn about exponential instead of linear growth (their models worked with 15-20% growth per year and were likely based on 2011-2012 data, but real growth in 2013-2014 was over 50% per year).

The fast growth is partly because of convenience, because urban Chinese work longer hours than people in Europe or the US and therefore have less free time for shopping, but also because of traffic jams, lower car ownership and pollution. If you know it will take you a long time get to a large supermarket, you don’t have a car or if it’s very smoggy outside you might as well order everything online. And don’t forget the secondary and tertiary cities where people also have a lot more disposable income nowadays, but where lots of products are not for sale in offline stores.

The next big business opportunity: Senior care
If you want to catch the next big wave in China (outside of tech), look at opportunities in senior care. There are many reasons why this is such a huge growth market and I could probably write a complete blog post about it, but I’ll just list the main ones here:
– Most Chinese below 40 don’t have brothers or sister because of the one child policy. Traditionally Chinese take care of their parents, but if 2 people have to take care of their aging parents next to their jobs and kid(s) that can be a major burden.
– Urban Chinese don’t have large apartments, so taking care of their parents is not always possible
– Younger Chinese are more affluent and can (and are willing to) pay for senior care
– Sending your parents to a senior home is not a taboo anymore
– It’s difficult to find good senior homes, at some of them wait lists can be decades

My friend Ninie Wang saw this opportunity already back in 2003, right after graduating from INSEAD. She was one of the very first but the sector is now growing fast, but there are still a huge opportunities for anything related to Chinese senior care.