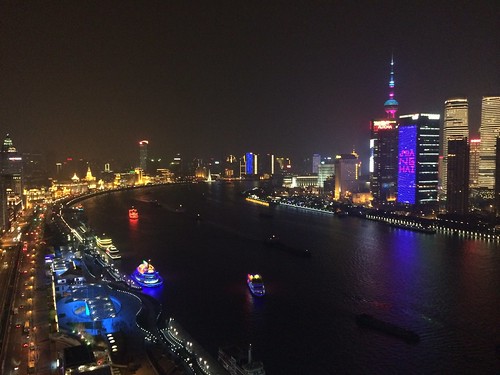 Last week I spent a couple of days in Shanghai and Beijing for among others a Dianrong board meeting, for meetings with other VCs and investors, and of course to catch up with friends. It was a busy week where I did not sleep a lot, but a trip that was totally worth my time.

I am now back in Vancouver and my mind is so full of thoughts and observations about the trip that I decided to put some of them on virtual paper and post them on my blog. We have now been away from China for over 2 years and that gives me some much needed distance to see the country in a more objective way than when we were living here or when we had just left. I will put my thoughts online in 2 separate blog posts, because there is way too much information for just one article. The first one is more about life in general, the second one will be more about business and investment related topics.

Pollution
The bad air was probably the main reason why we left China. I got sick (literally!) of not being able to run outside and I felt really bad for the kids when they could not play outside most of the time. Waking up to a grey world in the morning while the sun was supposed to shine made me feel angry while living in Shanghai. But interestingly, during this trip it did not bother me as much. Why? I guess because it’s just for 5-6 days and after that I would be back in the clean Vancouver air. Although I started to cough again and felt my throat while running, I just shrugged it off. 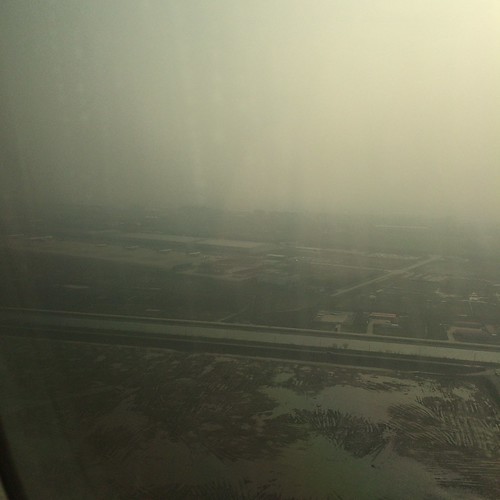 The smog was not too bad as well, most of the time between 150-200 PM2.5 (which is merely unhealthy, although in Vancouver probably nobody would be allowed to go outside anymore at these levels), which means that it was normallyhazy but that you could easily see a few hundred meters. I couldn’t run outside though, which was a bit of a nuisance, especially during my early morning 25 km run on Sunday. Generally I did not feel that the pollution was much worse than 2 years ago, but this was just a 6 day sample – and the day before I arrived Beijing had a hazardous 800+ pollution reading – so this is in no way a scientific observation.

Taxis
While living in China I had a car and a driver, so I did not use taxis much. However, when I needed them I could normally easily hail one on the street. That has changed quite a bit in 2 years because of taxi apps. If you don’t have these installed it’s very hard to find a taxi, even outside of rush hour. The reason is that the taxi apps subsidize their drivers, they get a few extra RMB on top of the taxi fare to lure them to work with the taxi app company. The downside is that they are not very interested in picking up passengers on the street or at hotels anymore.

The problem for most non-Chinese is that the taxi apps are in Chinese, so they are difficult to navigate. Uber works in China as well (it’s called People’s Uber here), but it’s not as good as in the US. The drivers seems to be new and often have no clue about directions, but at least many of them speak some English (that hardly ever happens with normal cab drivers). I tried to add my Chinese phone number to the regular Uber app but could not input the verification code, so the app was suddenly useless.

The few normal cabs that I used suddenly relied on their taxi app GPS system to get to the destination, instead of just thinking themselves about how to drive there. In the past drivers often had no clue about where to go and I had to guide them, but now they first take minutes to input the address, then they follow the directions exactly (instead of thinking about taking a faster side street like in the past) and one still drove past my destination (I had to point it out to him). One small difference is that many now seem to accept tips, so I could round up to the next 10 RMB and didn’t get tons of coins or bills back.

Internet
My biggest headache in China was the slow and censored Internet, it drove me totally nuts at times. In Canada I am so used to using my smartphone for everything, it’s like my second memory. But in China that second memory was suddenly extremely slow or did not work at all. I did have a VPN but it did not always work or it got blocked for a while after visiting ‘harmful’ sites like Google.com. Even with VPN I could not load Facebook on my laptop, although I managed to get an occasional connection on my mobile phone. Most of my business is done through a Gmail account, but half of the time I could not access it, not even with my VPN running.

The non-Chinese Internet seems to be much slower and stricter than 2 years ago. This was my biggest frustration during the trip, much bigger than the traffic or the pollution. If I should ever try to live in China again this should be solved first, I guess I am too spoiled after using normal Internet in Vancouver. Maybe a better VPN and a faster mobile Internet connection may help, not sure.

Cultural changes
I feel China, especially Shanghai, has become a lot more Western over the past 2 years. Shanghai was already the most Westernized city, but the way people dress and behave in places like Xintiandi is virtually the same as in higher end places in North-America. While having breakfast in Xintiandi on the weekend I noted several fathers with their young sons having (Western) breakfasts as well, just like I would with my son Scott. There are a lot more outside terraces (esp. on the street outside Xintiandi Style) where people are having coffees while chatting with friends, much more than before I left.

The number of high-end shopping malls seems to continue to go up, despite the fact that many are quite empty. I suppose brands need to be visible, so people know what to buy during their trips outside China. The shopping malls are world class, better than anything you find in North America, and comparable to Tokyo, Hong Kong and Singapore. I don’t like shopping at all, but I did not mind strolling around some of the malls looking at the high-end products for sale.

People keep on dressing better as well. Especially in the business districts of cities like Shanghai or Beijing people seem to dress better than in the US or Europe. Less casual and with higher quality clothes than just a few years ago. I dress quite casual myself (high end jeans, dress shirt & jacket) and found myself underdressed on at least 2 occasions… 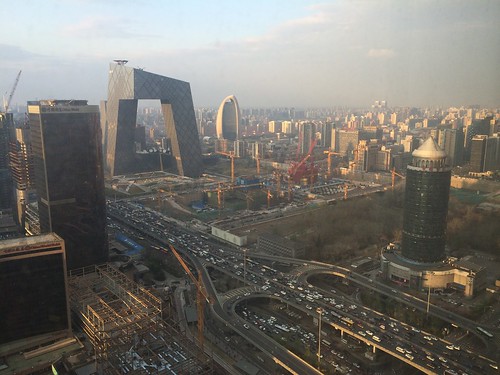 Traffic at the Guomao intersection of the 3rd ring road, there are traffic jams all day.

Traffic
Not much change, although it seems to be even more busy now than it was when I left. It’s virtually impossible to do more than 2-3 meetings a day in Beijing, unless they are in the same area or unless you are willing to take the metro. People still drive like they did before, not caring for others and using the horn constantly. On the first day I almost got hit by a car while on a zebra crossing with a green pedestian light. I guess I have become too North-American and forgot that that does not give you any additional rights as a pedestrian.

What I noticed that cars seem to be much nicer than before. There are not many old cars on the streets of Beijing and Shanghai anymore, likely because of the license plate taxes and because of environmental requirements. The number of super high-end cars is not as high as in Vancouver yet, but seeing a Lamborghini, a Ferrari or a Bentley is quite common.

Hotels
The top hotels in Shanghai and Beijing are so much better than in North-America, it’s almost incomparable. In Shanghai I stayed at the Langham in Xintiandi and in Beijing at the Park Hyatt close to Guomao, and both hotels were amazing. The service is impeccable and very fast, and staff has been trained well (often a problem in Chinese hotels and restaurants). The rooms are very well designed and much nicer than for example those of Langham hotels where I recently stayed in North America (in Pasadena and in Manhattan). Especially the Park Hyatt room was beautiful and very modern, with a huge bath tub (that I didn’t use) and sliding doors to divide the room into a bedroom and a bathroom. Small things like a power plug in the safe to recharge your gadgets, or boutique toiletries and high-end linen on the beds make the difference between a good hotel and a great hotel. The only bad thing was the slow Internet in both hotels, but I guess that’s not something you can blame the hotel for.

My second blog post with some observations about business in China is here.