China announced recently that it will launch its own digital currency based on the Chinese renminbi, probably with its own centralized blockchain. The currency might launch in early 2020 already and I believe it could be much bigger than just a China domestic payment system.

China, like many other countries, wants to control the way its citizens pay for goods and services, so that’s an important incentive to launch a digital currency. Cash is hardly used anymore in China, even beggars now use QR codes to receive digital money. However, the current digital payments are not run by the state, but managed by private companies Tencent (WeChat Pay) and Alibaba (Alipay). WeChat has over 1 billion users and Alipay has 1.2 billion users, meaning that if China would use their platforms it will be much easier to roll out a state-owned digital currency.

I believe China may have something bigger in mind, however. Until about a week ago non-Chinese residents could not use WeChat Pay or Alipay in China, simply because you needed a Chinese bank account or Chinese credit or debit card. All of a sudden this changed: first Alipay announced that foreigners could now prepay money into their Alipay account and 2 days later WeChat announced that you can now link non-Chinese credit cards to WeChat. Coincidence? I don’t think so. I believe the government pushed (or allowed?) them to start adding non-Chinese customers in an effort to make WeChat and Alipay more international.

For a while you could pay in some stores in Vancouver with WeChat or Alipay already, but it seems the 2 payments giants are now actively pushing this payment method and they are coordinating their efforts. I noticed large signs in stores promoting payments with WeChat or Alibaba, and I was surprised to see that even Canada Post has this payment option already. This means that Chinese when traveling abroad won’t have to change money anymore, but they can keep on using RMB. Nor do they need to use credit cards, they can simply use the same apps as they are using in China. Obviously merchants like it as well, because they don’t have to pay the 2-3% credit card fee. A very smart idea to slowly get the Chinese RMB accepted as payment outside China. 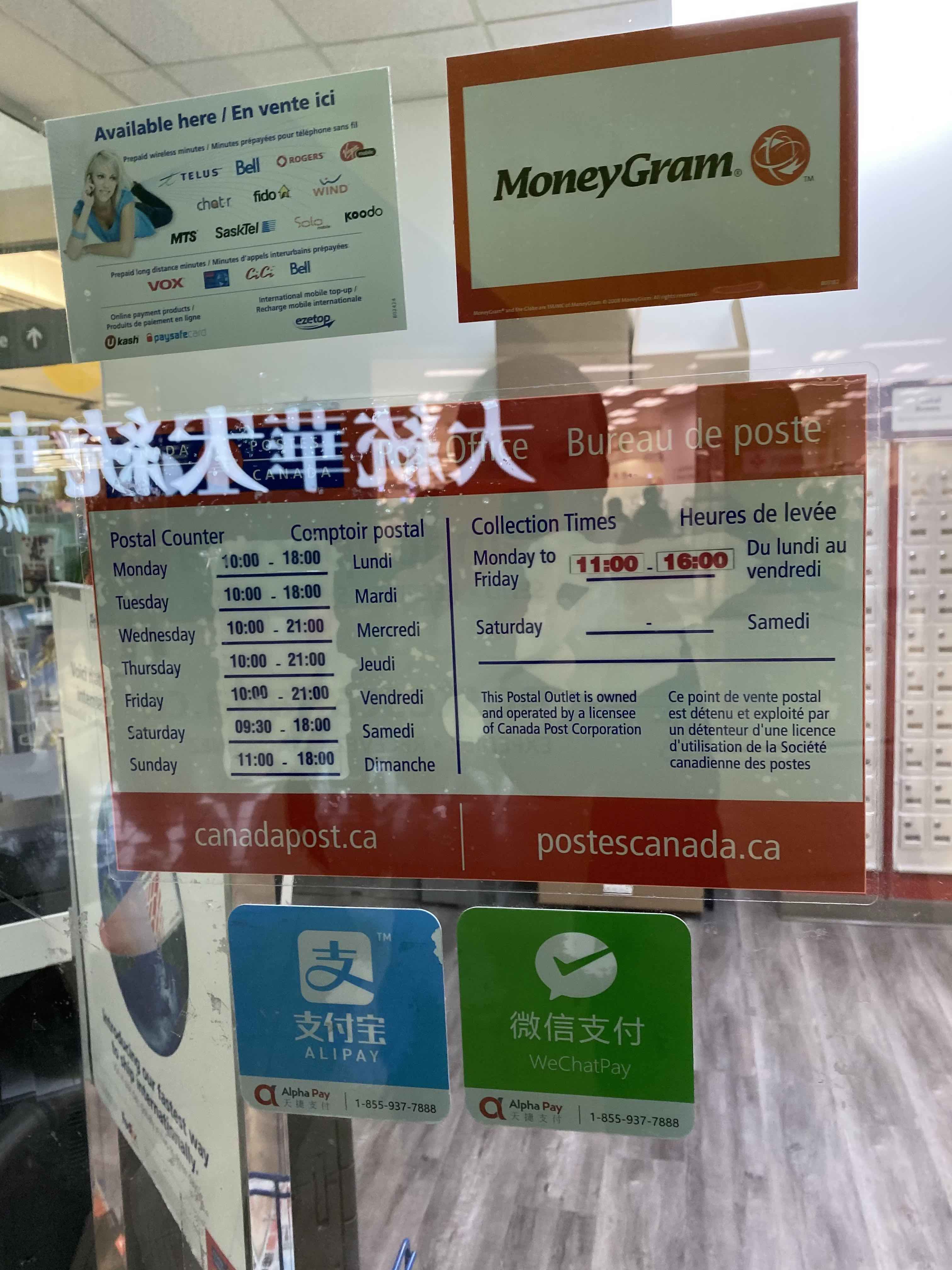 I don’t think Vancouver, or North America in general, is important yet to these two payment methods. Most likely WeChat and Alipay are looking to roll out their services in countries where the financial system is not so well developed yet, such as Africa or parts of Asia. Those markets are relatively easy to conquer because people are used to cash and most don’t have bank accounts.

The US has been so focused on stopping Facebook-coin Libra that they may have overlooked the risk of China doing something similar. By stopping Libra they may have shot themselves in the foot: if the US would have embraced Libra they could have been in the same position (by using WhatsApp to roll out internationally a Libra coin based on the US dollar), but because they tried to stop innovation they may now lose out in the upcoming digital currency wars. I don’t think Libra will be allowed to launch in the US any time soon, so China can move full speed ahead.

And what does this mean for Bitcoin? Just like when Libra was announced I think the effect of a Chinese digital currency will likely be positive. Simply because it introduces more people to crypto: once you have used a cryptocurrency and have a wallet on your phone, the step to using Bitcoin will be a lot smaller. We don’t know much about the Chinese digital currency yet and whether it will be supported by external wallets, but if that’s the case they sky will be the limit. Because if other wallets can also hold the Chinese digital currency, people could change it for Bitcoin and hold it in the same wallet! That probably seems a bit far fetched right now given the capital controls in China, but if they allow customers to spend RMB outside China already they may also allow them to change some of it to Bitcoin. Time will tell, but for sure there are interesting times in crypto land ahead!