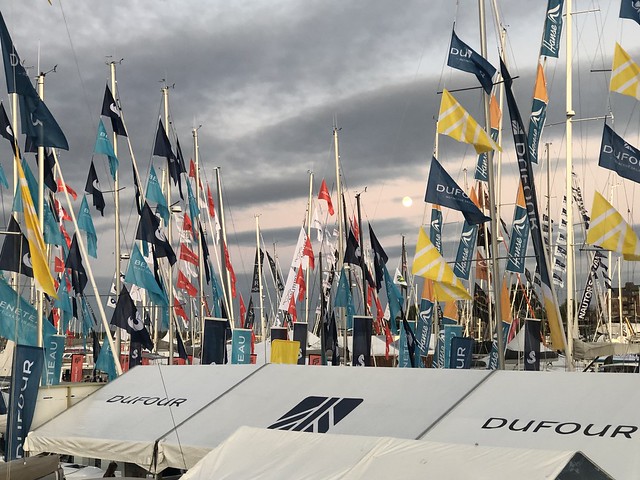 Last week I spent a few days on the US east coast, among others visiting the Annapolis Boat Show. I had never been there, but because it is the largest sailboat show in North America I wanted to check out some of the new boats. It also gave me the chance to meet up with some of the round-the-world sailors that I have been following on YouTube and/or that I support on Patreon, such as SV Delos, Sailing Doodles, Sailing La Vagabonde and 59 North.

During the first day of the boat show I noticed that a water main had broken next to the Fleet Reserve Club and the Annapolis Waterfront Hotel, and that the road was partially flooded. When I came back a few hours later it seemed a lot worse, but because there were now police cars parked at the flooding I assumed they would be able to quickly solve the problem. 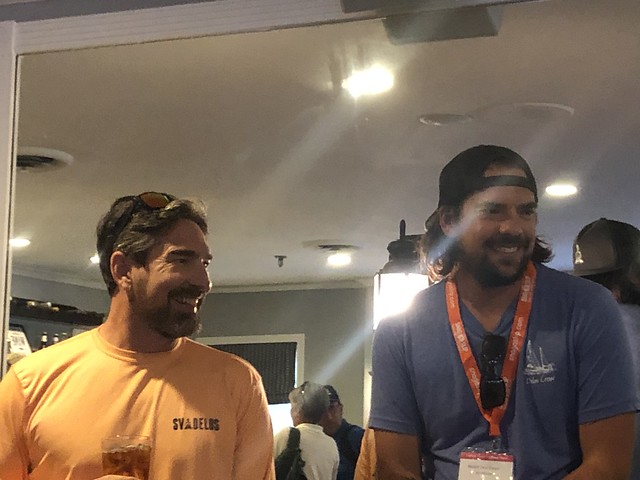 The next day I was at an event with among others Brian and Brady from SV Delos, when someone asked them a question about how climate change was changing ocean sailing and the sailing routes. The answer was interesting, it seems that the ocean sailing routes that have been used for over a century are suddenly not optimal anymore because currents and winds are changing. Sailors that still follow them take 50% more time to cross the Atlantic than others who create their own routes based on new weather and ocean current data. Then someone mentioned that the flooding in Annapolis was also related to climate change. I thought, flooding? And then I realized that what I had seen the day before was not caused by a broken water pipe but it was the Chesapeake Bay water that had risen. 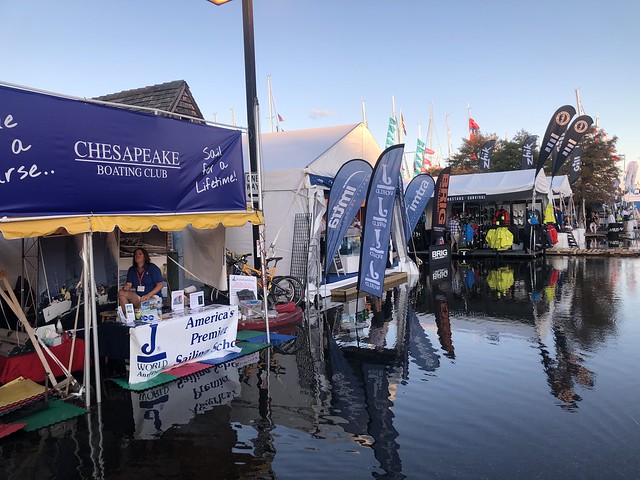 I went back to the boat show and was surprised to see how far the water had come up in the mean time. Many exhibitors could not be reached, simply because of the water. I did a quick Google search and found that this was indeed partly related to climate change. One article mentioned that flooding on the east coast is up 50-75% since 2000, and that in 2017 there had been 63 days with flooding in Annapolis!

But most people seemed to dismiss it, saying the flooding was just due to a hurricane that passed by in combination with high tides. I am sure that was an important reason for the floods, but when I read some of the comments on sailor’s forums, people were saying that the extend of the flooding was unusual and that in the past this never used to happen. My take is that of course there were unusual circumstances, but that without climate change it would not have been this bad. 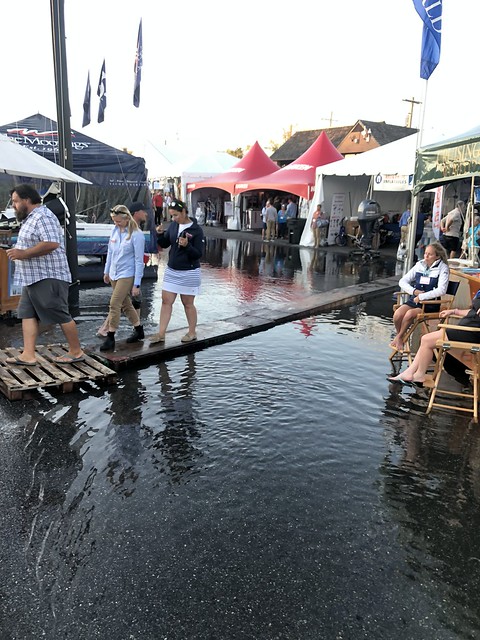 I talked to a number of people at the show but hardly anybody saw it as a serious issue. People did not seem to consider that it could be the beginning of something that will hit many more cities over the coming years and decades. And that is the scary thing, people are like frogs in a pot of water that slowly starts to boil. The frogs don’t realize it until it’s too late. 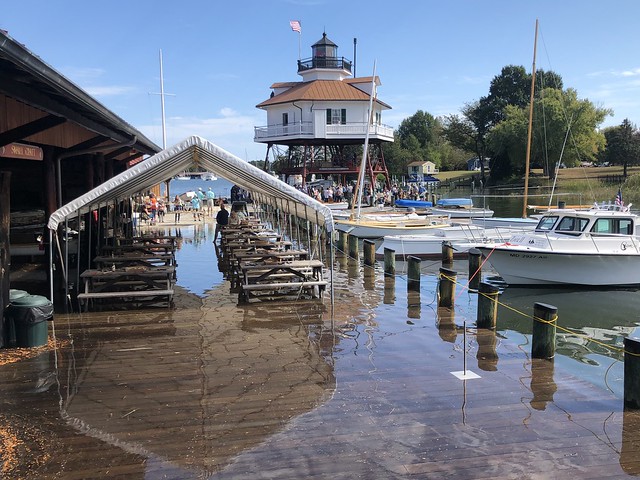 Flooding is not normal but soon it might be the new normal. Politicians are not doing enough to stop the climate crisis and grassroots movements do not have sufficient power to make a real change. We still have time to stop the climate catastrophe if we act now, but I am getting less confident every day that we will be in time to avoid the consequences. Be prepared… 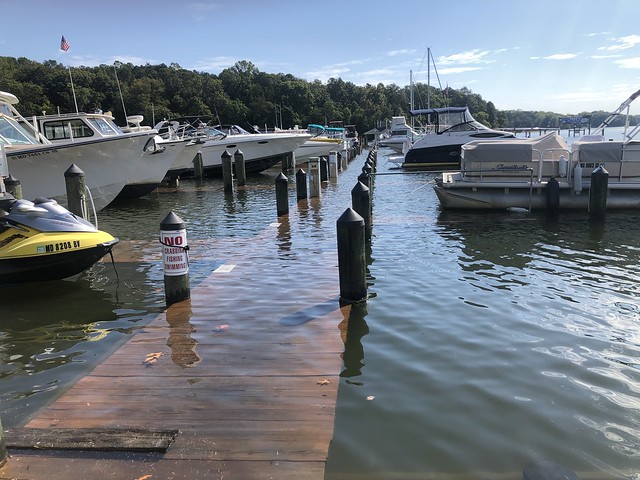