No idea why that’s the case, there is nothing sensitive about it. Is someone at Twitter messing with me or is this just a simple glitch? A good thing is that none of my other posts so far show the same message, on my old account none of my pictures or with or links to other sites were visible anymore. So my assumption is that it is just a piece of artificial intelligence software playing up. If it happens again I’ll post it here.

See below for pictures of the Twitter post, first the way the post looks now for people whose settings do not allow to see sensitive content (=anybody who does not specifically allow it) and below the post as I posted it, with a in my opinion not very sensitive screenshot. 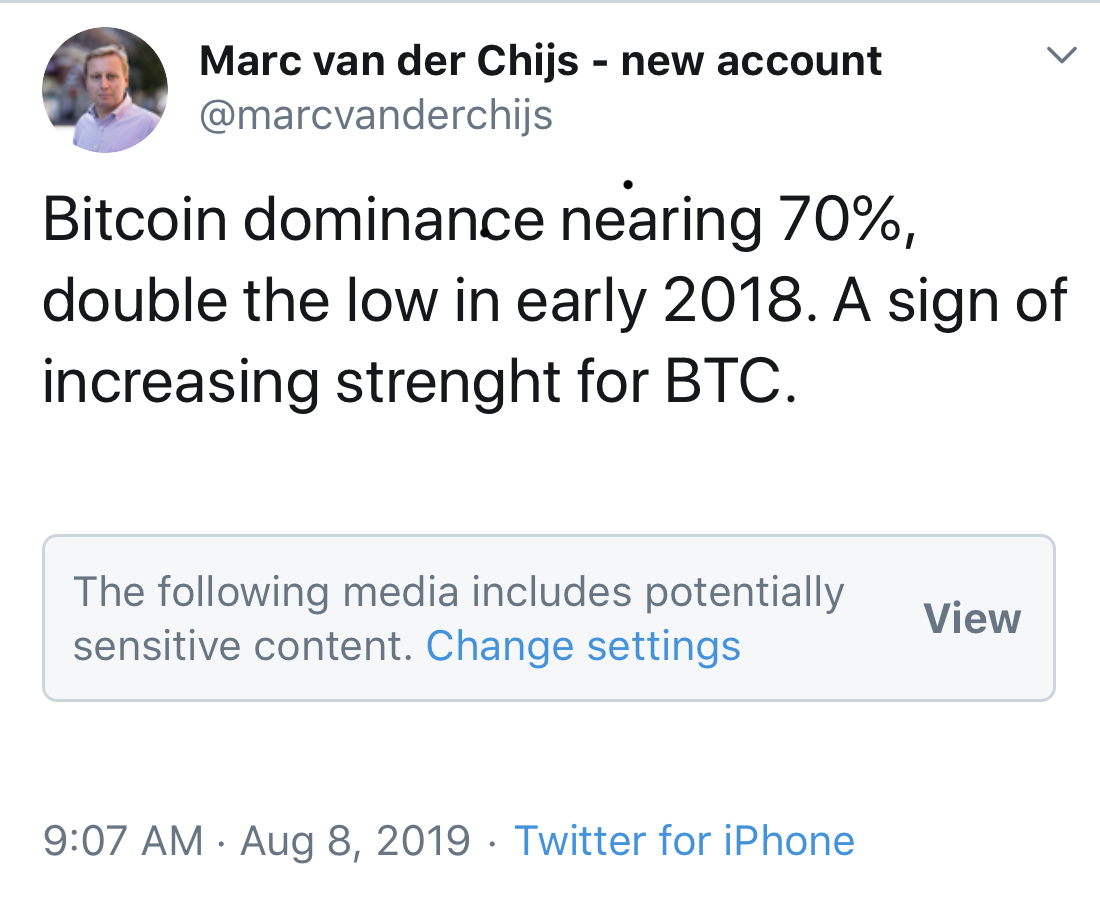