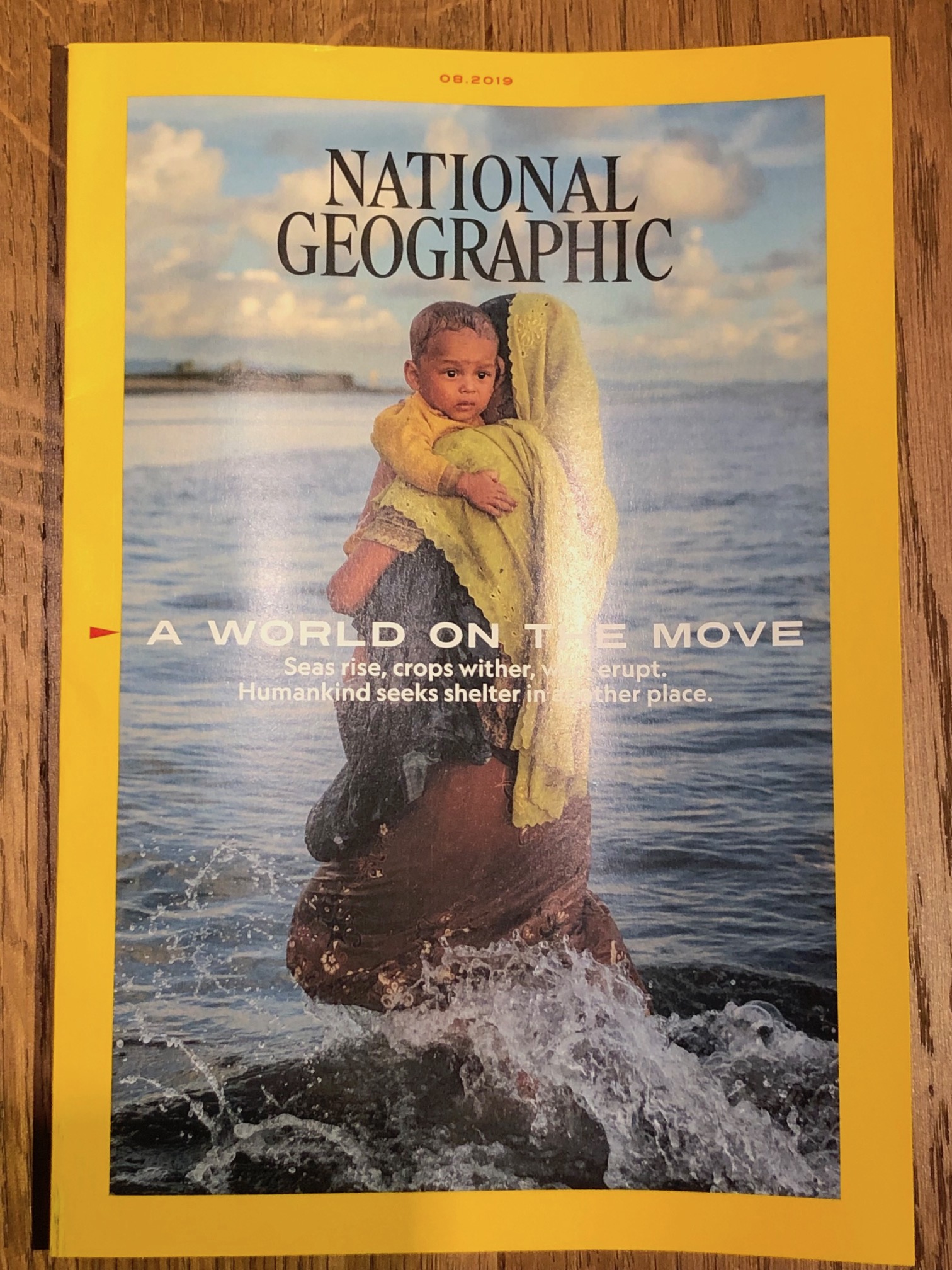 On the plane this morning I was reading the latest National Geographic. The magazine was one of the first to acknowledge how dangerous the climate crisis is and to point out the consequences for humanity and our planet. The current issue mainly focuses on migration, from our ancestors’ move out of Africa to the current migration caused by climate change. Quite eye opening how many people have fled their home countries already and how many more will do so. Hundreds of millions of people will be forced to flee and try to find a new home over the next 3-4 decades. If you think climate refugees are a problem now already you’ll be in a for a surprise a few years from now.

One thing with migrants is that they can’t bring much with them on their dangerous journey. Most travel by foot and they are only able to bring things they can carry. Most have just a mobile phone, some clothes and maybe a few pictures, but that’s about it. Even carrying jewelry (if they have any to begin with) is dangerous because it might be stolen. Many had to leave everything they owned behind. Don’t make the common mistake to think that these people were all dirt poor: many of the Syrian refugees are university educated and lived at least middle class lives before fleeing their country.

Gold bugs often argue with me that in times of crisis owning gold will save you. Their argument is that if the Internet fails during a global crisis Bitcoin can’t be used anymore. My counter argument is often something like: the global Internet will never fail (it’s even more decentralized than Bitcoin) and even if parts fail they will come back online eventually. Next to that copies of the blockchain are even stored in outer space, so you can always get access to your coins in the future as long as you have your private keys. And if the global Internet would indeed ever fail we will have much bigger problems to worry about, then gold won’t save you either.

But if I look at the pictures of the migrants I realize that gold fanatics are missing an important point. Refugees can’t bring physical gold with them, not only is it too heavy (gold bars are much more heavy than most people think), but they are also at risk of losing it. Bitcoin would be much better: they could store it in the cloud while traveling and only take it out through their mobile phones once they are in a safe location. Nothing to worry about, you can even memorize your passphrase instead of carrying your private keys with you.

I do believe that once climate migration will really start, more people will begin storing their wealth on the blockchain. Especially once first world country citizens get hit by the effects of the climate crisis and become refugees themselves. Gold is nice if you live in one place and can safely store it in a bank vault, but not if you are forced to migrate. Nobody knows what will happen in 20 years from now, but I believe we all underestimate the combined effects of the climate crisis. Bitcoin can at least help you to safely store part of your wealth if sh*t hits the fan. Keep that in mind if you need to make a decision about investing in either gold or Bitcoin once the financial crisis hits.