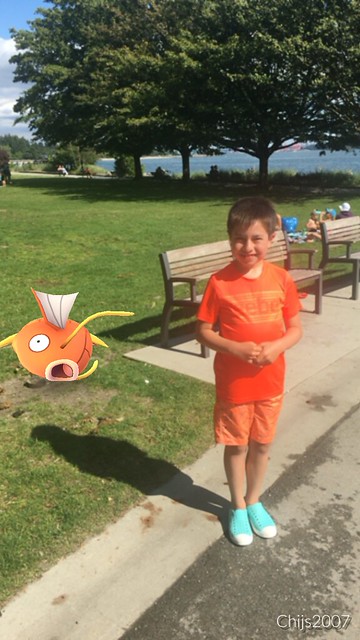 A week ago Pokémon Go launched and within a few days it became the most popular game ever. It’s probaby the best example of what exponential growth means for people who are not following tech on a daily basis. Even in countries where it hadn’t launched yet people managed to download Pokémon Go from a foreign app store and play the game. I read that in Holland the game had been downloaded 1.3 million times before it officially launched this weekend (Holland has only 17 million inhabitants). As a result their servers keep on crashing, something I thought would never see again now that you can host everything in the cloud. It reminds me of Twitter, I am sure many readers will still remember the Fail Whale from Twitter’s early days. 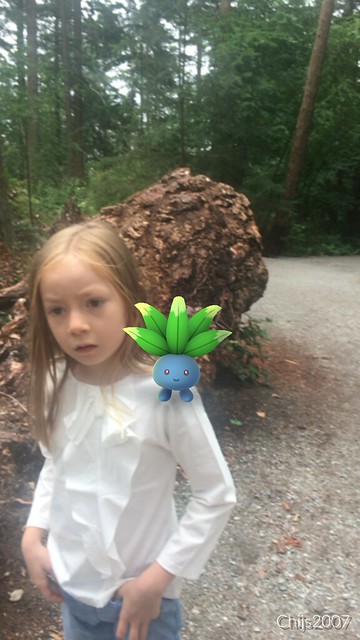 I was happy that my kids have school holidays already, so their friends would not give them the peer pressure to start playing the game as well. Bad luck, at Scott’s sailing camp last week some older boys had iPhones with the game installed on it, so on Thursday Scott came home with the question if I could get him Pokemon Go as well. Resistance is futile when games go viral, so I got the game from the US app store for him (Canada hadn’t launched yet) and put it on my phone. I wanted to start reading up on how the game works, but he grabbed my phone and started catching the first Pokemons in our house right away.

Then he told me he wanted to walk to the beach below our house. You have to go through a small piece of forest to get there, and last summer a bear lived there for a while, so I don’t let him go there on his own yet. He told me that he located a Pokéstop there. I had no idea what a Pokéstop was, but it turned out to be a special place where you can get extra experience points and more balls to catch Pokémon. This one turned out to be a memorial plate that I had never seen before, even though I had been here at least a hundred times over the past years. This intrigued me, suddenly I realized the game was a lot more than ‘just’ a game. 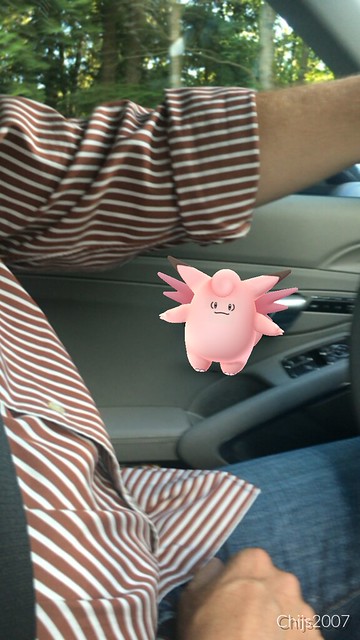 Scott and I ran down to the beach and the game measured how far we ran, because some eggs that Scott had collected and put into his incubator would hatch after walking 5 km. Wow, I suddenly realized how genius this was. This game would force kids to walk more! I assumed that you could fool it by just driving around with the game on, so we got into my Porsche and drove around the neighbourhood. The result: nothing…. You have to walk in order to get more distance! But it turned out there were a few Pokémons in my car as well, and Scott caught all of them.

On Saturday Scott told me there were a lot of Pokéstops in Lighthouse Park, a wooded peninsula with a lighthouse close to our house. So he wanted to go for a hike there! Normally Scott never initiates these activities, but the game was so addicting that he wanted to go there to get more points and balls. 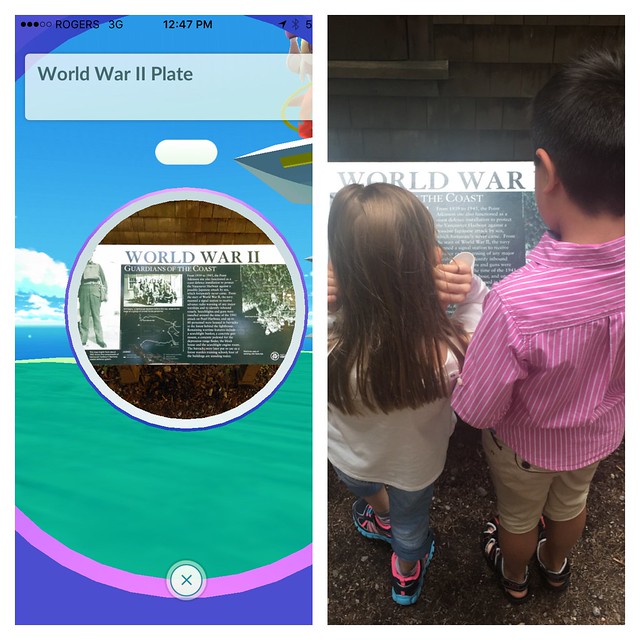 In Lighthouse Park I normally hike or run a route that I know well, but on Saturday Scott was in charge. Elaine also joined and the 3 of us went on a kind of Treasure Hunt in the woods. It was pretty cool, because we found places that I had never been to. I really enjoyed it and the kids loved it as well. The game started to really impress me, I had never seen this before. Until…. the game servers crashed and we couldn’t load the game anymore. Suddenly both kids were tired and wanted to go home! 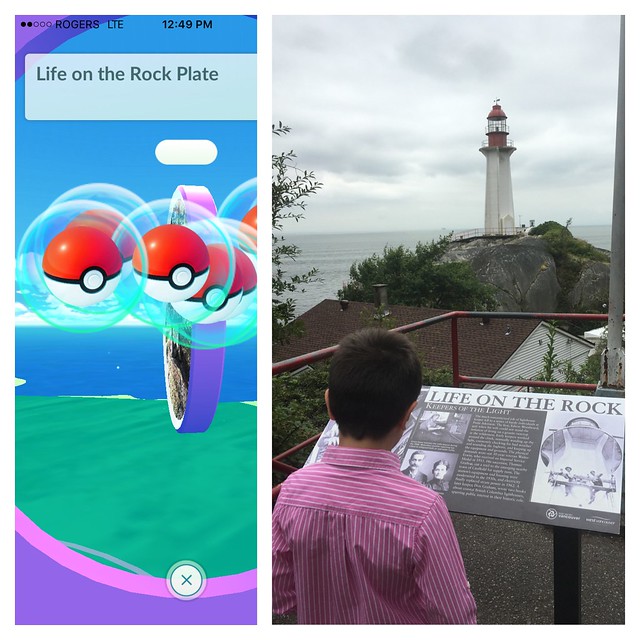 I don’t think Pokemon Go will be able to keep up the hype for more than a few months. The game design reminds me a bit of the gameplay of Farmville games that I used to play when I was CEO of Spil Games Asia, when I tried to understand why they were so popular. Pokemon Go is many times better than Farmville of course, because it is a real life augmented reality game and because it adds the fighting element (after level 5 you can let your Pokemons fight against others in gyms). But just like with Farmville I don’t see people playing this for more than few months, unless they keep adding new elements to the game design. 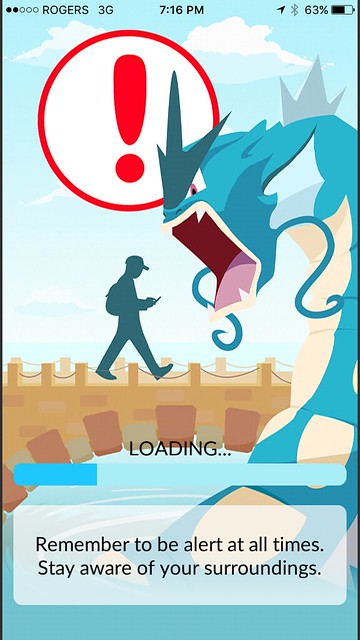 Pokémon is the first augmented reality game that breaks through. For the first time people will see the power of AR, but also for the first time they may forget that they are in the real world while they play the game. When Scott plays the game outside I stay with him all the time, because he forgets that he is playing a game (he is 8 years old now) and he may just cross the street without looking to catch a Pokémon. A few days ago I predicted on Twitter we’d see the first Pokémon accidents or even casualties soon, and unfortunately some people indeed died because they of the game. You can’t avoid it, especially in AR mode kids (and probably also adults) forget about the real world around them. 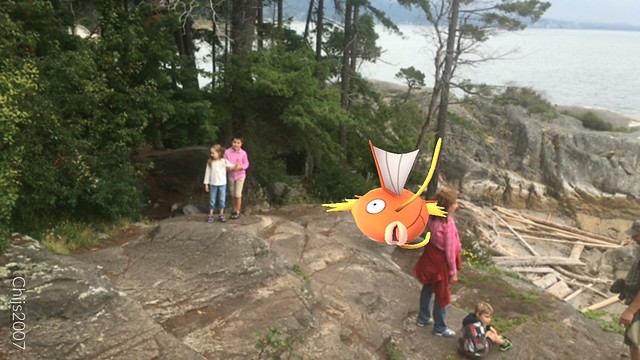 For everybody who only reads this to make money (sorry for the lure bait title), there is an interesting opportunity right now to make a few thousand dollars this week – and maybe a lot more, and possibly for a much longer time. This is the first AR game that goes viral and that everybody seems to use, at least everybody younger than 30. But not many people are looking at the marketing opportunities yet, especially for shops or restaurants. There is a huge opportunity here, because most shop owners may have heard about Pokémon Go by now, but they don’t really understand what it is yet. You can be the expert who can tell them what the game is and how they can make money with it!

How? Simple, just spend the next 12 hours reading everything you can find online about Pokémon and how it works and start playing the game (if you are not already doing that). Within 12 hours you’ll know more than almost anybody about the game. Suddenly you are an expert! Normally it takes months or years to become an expert in something, here you can do it in a day. Next step is to design something you can sell to shops and restaurants that will lead to many more customers and revenue for them immediately. This will probably take you a few hours and after that you can start selling it. You can probably sell your knowledge for about $200 per package and it will take you maximum one hour per shop/restaurant. You could even use a no-cure-no-pay method, because I guarantee you these business will see their revenue skyrocket. 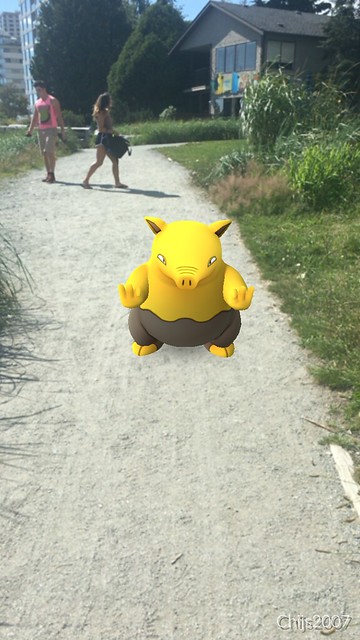 What could you sell them? I would help them to set up a Pokémon account and get them leveled up a few levels so they understand how it works. Then you explain them how Lures work and show them how to buy Lures for their business. With Lures they are able to attract Pokémons to their business for 30 minutes, and they only cost something like $2.50 per hour. Having Lures in your business will attract customers because they can also catch these Pokémons. If a business puts some of the more exotic Pokémons on their social media feeds they are in business (literally!).

Another way is to use Incense, but because Incense is only for the player that buys it you can’t use it for other customers. However, you can put a sign out that you reimburse others for their Incense if they manage to catch valuable Pokémons in your shop and post that (with a picture to prove it) on your Facebook feed. You can do all of this in less than an hour. The shop owners will be amazed what will happen to their traffic!

There are of course many other ways to attract more Pokémont hunters to your business (and to keep them there), just Google it and claim the ideas for yourself. The opportunity won’t last long, so you have to be quick. Invest the time now and start going door-to-door tomorrow. You need to like to sell a bit, but if you are able to do that there is a lot of money to be made. Good luck and buy me a beer if you’re successful!