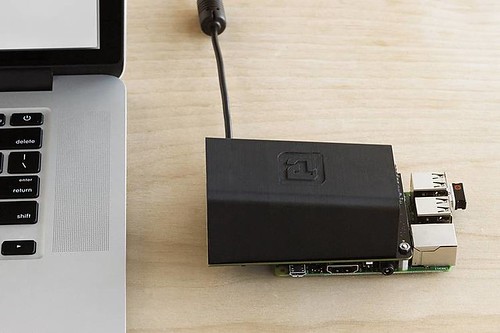 Over the past days I have been closely following the ad blocking discussion. For those who did not pay too much attention to it, the issue is that Apple released iOS9 and that this version allows ad blocking apps. That means that by installing one of these apps you won’t see ads anymore.

Great, right? Well, maybe yes, because it makes the user experience better, but also maybe no, because ads are the main revenue driver for most websites on the Internet. Within a day the top paid apps in the app store were ad blocking apps, so there clearly was a big need for it.

I don’t want to go into too much detail, but it means that many websites will need a different business model if they want to survive. The current model where you are often bombarded with ads that you do not want to see or that load much more slowly than the site itself is not working. It’s the ad industries fault, because they assumed consumers could not avoid the ads. With more relevant ads, that are less annoying, load faster and don’t block part of the site, I believe people would be less inclined to download ad blockers.

I never put any ads on this blog (and never will), nor did I ever accept any paid posts, because I blog for fun and make my money in other ways. Indirectly this blog has earned me a lot more than I could have ever made with ads, however. That’s my business model, but obviously that doesn’t work for sites with high overheads.

Some websites charge monthly fees, which is a model I don’t believe in. The only paid subscription that I have is the New York Times, because their content is unique and far superior to that of most other newspaper websites. But I don’t want to pay a monthly fee for 10 to 20 blogs and media sites, so earlier this year I deleted all the ones that charge for content from my RSS reader.

I believe in a model like Blendle, where people pay for content on a per article basis. However, the model should be seamless (no ‘pay now’ button), ubiquitous (it should work on any paid website, not just a few) and you should pay less if you don’t finish reading the article. Next to that an article should be cheap, I think the Blendle articles (at on average $0.20 per article) are still too expensive.

I have talked about this for about 8 years already, but so far I have not found the business model that I am looking for. Partly because big companies like Apple (iTunes for News?) and Microsoft (Skype with its pre-paid credit would be a perfect candidate) didn’t see the market or did not want to enter it, or in the case of Google because it would hurt their main business: advertising.

But the main reason the model does not exist yet is that there was no good machine-to-machine payment tool that can automatically send and receive money. Until now that is, because yesterday 21 Inc. released the data for its upcoming “21 bitcoin computer“. This Raspberry Pi with an added black box is the first tool that can make machines talk to each other and exchange value (=bitcoin) between them. Each 21 bitcoin computer contains the full blockchain and mines bitcoin as well when you use it.

The first use case I see for this right now is automatically paying for web content. You read an article on say The Wall Street Journal and automatically a few cents are deducted from your bitcoin wallet. You don’t need to approve it (you probably don’t even realize that you are paying) and you can never spend more than you mine, unless you add bitcoin to your wallet yourself. In case you don’t like the content and stop reading after a few seconds or if you don’t scroll to the end of the article, you’ll get a partial or full refund – all done automatically.

This will solve a big part of the current ad blocking problem, because it gives content owners a new business model. 21 Inc. could be the ad blocker of the future: turn it on and you don’t see ads, turn it off and you’ll be served ads. Anybody can monetize their own content in the future and there is a huge opportunity here for a start-up.

Although lots of people dismiss 21 Inc.’s bitcoin computer (too expensive, ugly, just a Raspberry Pi, you can’t earn money with their chip, etc.), I think they are missing the bigger picture: we finally have an Internet protocol for payments! Automatic machine-to-machine payments will lead to new business models which will change the web as we know it. It’s hard to predict the future of the Internet, but I believe automatic payments are almost as disruptive as the first webbrowser was. Changing the online ads business model will just be a first step.