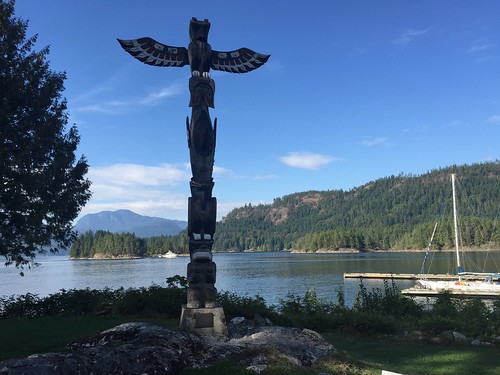 On Tuesday Scott and Elaine’s summer holiday will be over after more than 2 months of vacation. They are very excited to go back to school after such a long period of time. I think they had a great holiday in which they not only had some fun trips and summer camps but during which they also learned a lot. 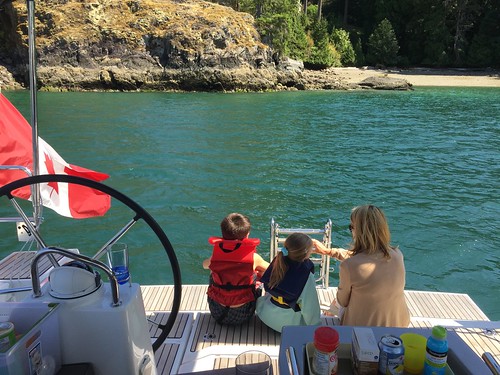 We didn’t have time for a long holiday this summer, mainly because I was too busy with work related activities, but we made a few short trips to the wineries in Kelowna, the Rocky Mountains (Banff & Lake Louise), Southern California (LA & San Diego, incl. Legoland and Sea World), and in British Columbia (a trip to the Sunshine Coast and several sailing trips). 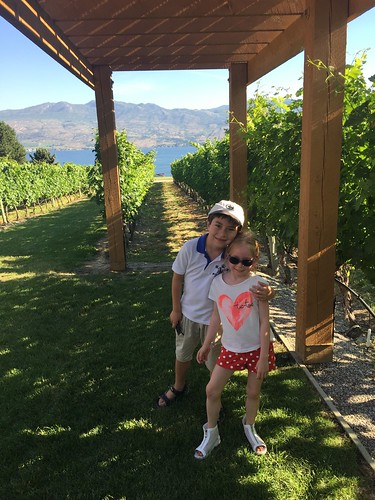 Visiting a winery in Kelowna

When their holiday started in late June I made a list of things that I wanted to teach the kids during their summer break. For Elaine I put learning to swim and learning how to ride a bicycle on top of the list, for Scott it was sailing and learning a first computer language. Next to that they would practice piano every day, write their journals on a weekly basis and read books for an hour per day. 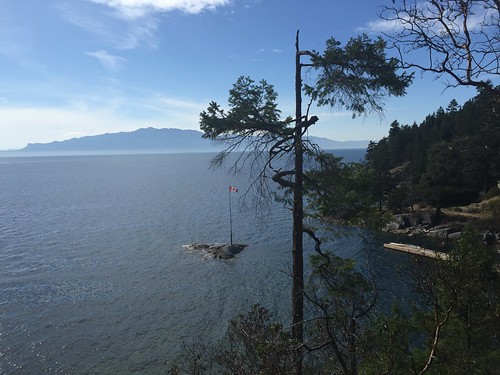 Looking back most of these goals were met. Elaine is now a great swimmer, she can do breaststroke, crawl and backstroke and she has no fear at all of water. Before June she mainly swam with one inflatable armband, but now she won’t need that anymore. She hang out in our pool on most days during the holiday, next year I’ll also let her swim in the sea with me. 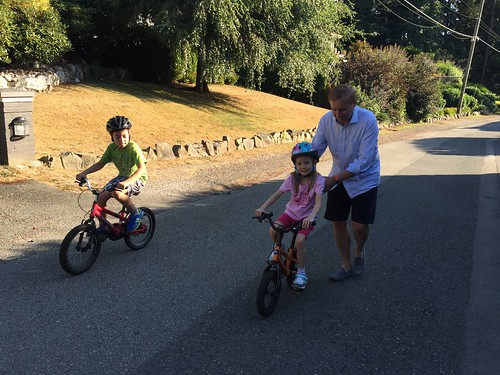 Learning how to ride a bike with daddy

Biking took her a bit more time, but once she got the hang of it she immediately wanted to ride up and down hills! Just like with swimming she not only has no fear, but she also doesn’t see any danger. So she had a few crashes, but that’s the only way to learn. 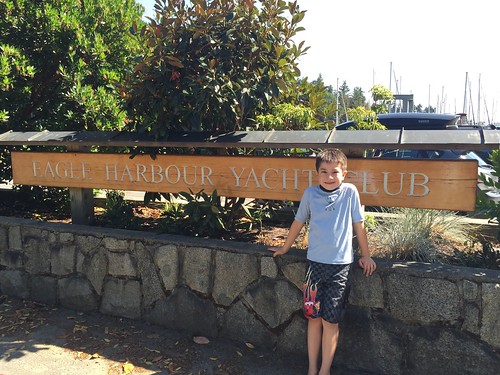 Scott at his sailing camp

Scott took a sailing camp early in the holiday and there he learned to sail an Optimist on his own. He now knows the basic concepts of sailing, so when I took him out on my yacht a couple of times he enjoyed it a lot more. I even let him steer my boat sometimes, he loves it! 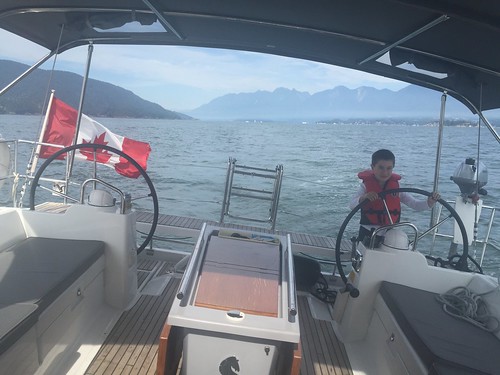 For Scott I had decided to teach him Python as his first computer language. Python is not that hard to learn (we only did the basics of course) and is a good basis for other languages. I realized soon that most of the key concepts are still quite hard for someone who just finished 1st grade (e.g. things like Boolean operators and expressions, variables, loop functions), but after several weeks of working with them he understands what they are and can work with them to write simple code. My plan is to do one lesson a week with him during the school year, and eventually to build a simple computer game with him. 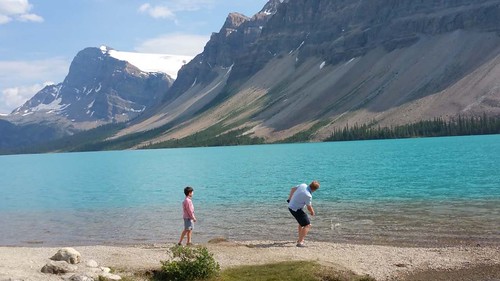 Playing on the shores of Bow Lake

The kids also loved to play piano, they normally practiced without us telling them to do so. Elaine even played at some public pianos in Vancouver during the holiday, attracting a small crowd of onlookers. Because she memorizes all her songs she can play without sheet music, which is helpful when giving a mini concert in the open air. 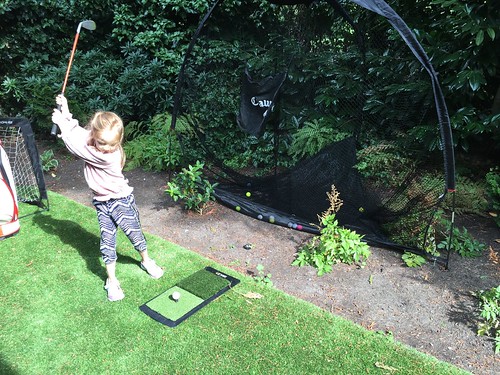 Elaine learns how to play golf

The kids both wrote long journals about their holidays, describing the trips we took and the things we saw. Elaine wrote that her highlight was her visit to Legoland California in late July, she especially loved the rollercoasters (Scott not so much). Scott’s highlight was an overnight sailing trip that he took with me and my dad. We sailed in the Strait of Georgia where we saw 2 whales close to our boat (very impressive!) and then anchored for the night in a bay at Gambier Island. Nice to spend quality time withy my dad and son, and even nicer that Scott liked it so much as well. 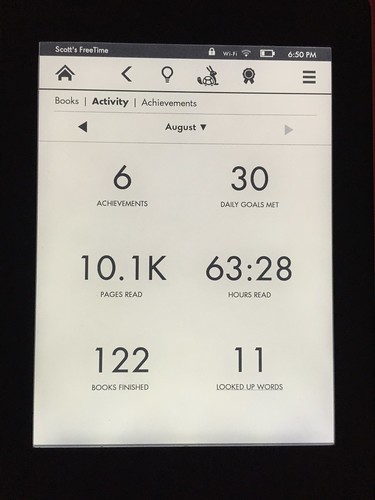 Scott’s main activity this summer was reading. It’s unbelievable how much he reads. He has his own Kindle with an unlimited Amazon subscription and that was the best present ever for him. I just checked the statistics on his Kindle for August and it turns out he read 122 books this month, for a total of over 10,000 pages! I used to read a lot as a kid, but this beats everything. He is an extremely fast reader and already reads books for grade 4, so he will likely have an easy time in school this year.