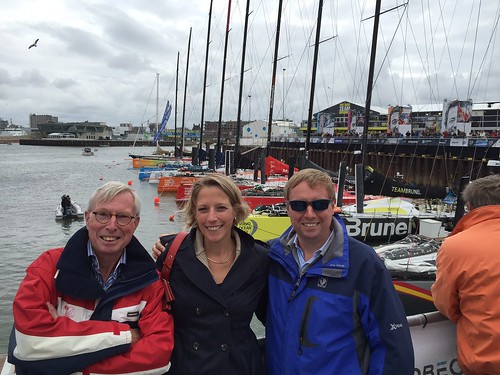 Over the past 9 months I have been following the Volvo Ocean Race on an almost daily basis. I love sailing and this is the biggest ocean sailing race in the world. The race organizers designed a great mobile app and have a good website, so you can follow the participating boats continously. All boats have their own on-boat reporters who file daily articles and videos for the site. There is a live race tracker where you can see in real time where the boats are, with among others their speed and the distance to the race leader, making you feel like you’re part of the race.

Scott and Elaine also love the race and each have their team that they support: The Chinese Dongfeng team for Elaine (just like Grace) and the Dutch Team Brunel for Scott (just like me). On many days the first thing Scott would do after getting dressed in the morning was to check the Volvo Ocean Race app on his iPad for the standings. If there were any overnight changes he would immediately let me know. 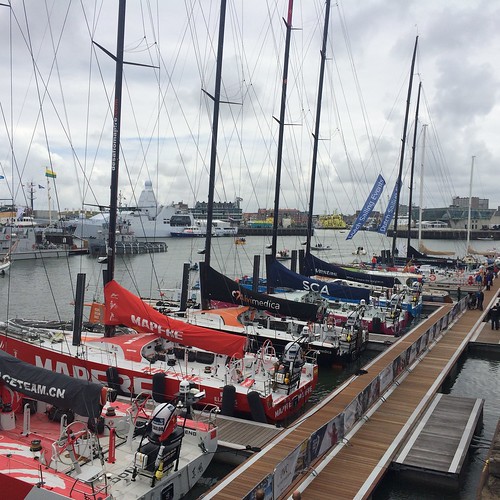 I had planned to visit one of the stops of the Volvo Ocean Race with the kids, but none of them fit my and their schedule. But then I realized that there would be a stop-over (not a real stop, just a one day pause during the last leg) in The Hague right when I would be in The Netherlands. Unfortunately I could not take Scott and Elaine because they still had their last week of school, but I decided to go with my sister and my dad instead.

On Friday morning I drove from Amsterdam to The Hague in Vincent Everts’ Tesla. Vincent, who is a well known Dutch trendwatcher, wanted to interview me about the latest developments in Bitcoin and blockchain land. He offered to take me to The Hague in his car so he could ask the questions while driving. That was of course fine with me, because in that way I could avoid taking a train. Vincent did 2 video interviews, this one and this one (sorry, both are in Dutch).

Trains are not too bad in Holland, but for some reason I often seem to have trouble with them. For example, over the past week in Holland my public transport card stopped working, causing me to miss a connection. The next train that I could take was a slow train and eventually had a big delay, meaning that I was 10 minutes late for my meeting instead of 40 minutes early (if I had waited 30 minutes for the next fast train I would have still been on time). 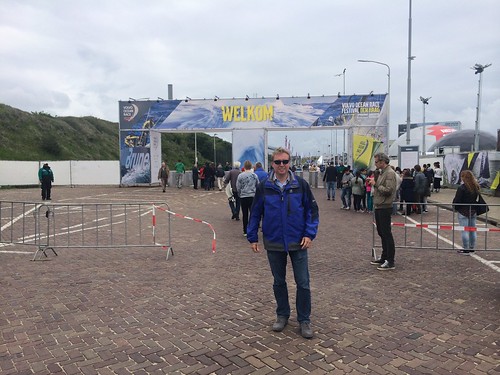 Vincent had never been to the Volvo Ocean Race and didn’t know much about it, but I guess he liked how enthusiast I was about it, so he decided to join as well. After picking up my dad and Sonja we drove to Schevingen harbour where the boats had arrived a few hours earlier. It was great to see the racing yachts in real life. They are 65 feet, so considerably longer than my 48 foot yacht, but if you see them there they actually look relatively small. Racing all over the world’s oceans in these boats looks easy on a video on your laptop, but in reality it may be quite scary. 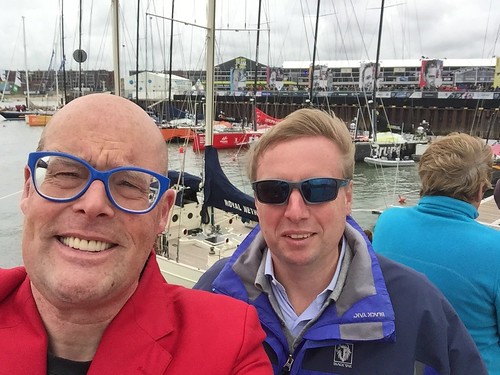 The boats have a very spartan interior, there is almost nothing inside the hull in order to make them faster. In one of the exhibition tents you could walk/crawl through a model of one of the boats. I didn’t want to wait in line for that, but if you watched the people doing that you realize there is hardly any living space inside. And they live on these boats for 9 months in all kinds of weather, from hot tropical (no air conditioning!) to almost Antarctic cold in the Southern Pacific Ocean, while going super fast through huge waves. Quite amazing actually, I never realized this until I saw the boats in front of me. 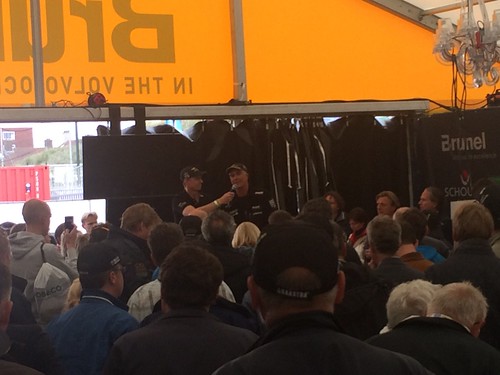 I bought a couple of t-shirts and caps for the kids and looked at some of the team’s tents (mainly selling team products). Coincidentally Bouwe Bekking, the captain of my favorite Team Brunel, was there giving a speech right when I was in their tent. I have come to respect him a lot over the past 9 months, he is a very professional sailor who keeps his cool in difficult situations. He has become a minor celebrity because of the huge media exposure of the race (the race even made the Dutch evening news a couple of times) and it must have been strange for him that people suddenly ask for his signature. 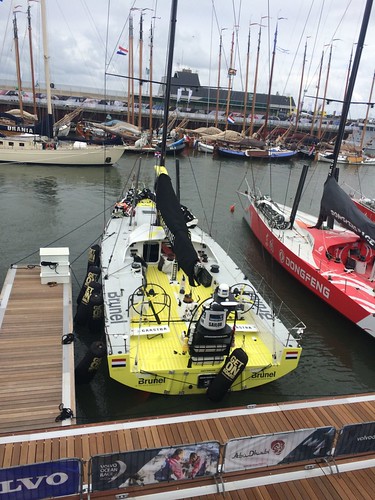 After a good lunch (all kinds of fresh fish, Scheveningen is a Dutch fishing fleet harbour) we decided to drive home before the regular Dutch traffic jams would start. Although I did not get to go onto any of the boats and although I did not see any of them in action, I am glad I went over to The Hague for this. I now respect the sailors even more and I have a new item for my bucket list: one day I want to sail on one of these ocean racing machines!