Daily life is incredibly busy once again, I constantly feel that I need more than 24 hours in a day. I normally write my blog posts late at night, but now when I close my laptop around 11:30 PM I am often just too tired to spend time another hour on an article.

Lots of work and non-work related things happened this month, and many of these topics I would have written about if I would have had a bit more time. Therefore now a post with pictures of some of the highlights of the past 3 weeks.

Early May we went to the Mulgrave Gala Dinner, a fundraising event for our kids school with good food, wines, an auction, gambling and dancing. Last year I didn’t go because the Vancouver Marathon was the next day, but when I found out that this year’s marathon would again be the day after the gala I decided to go anyway. This year the theme was Bollywood, so many people dressed up in Indian dress and the food was Indian as well. We had a fun time and it was good to catch up with some of the other parents that we don’t see every day. 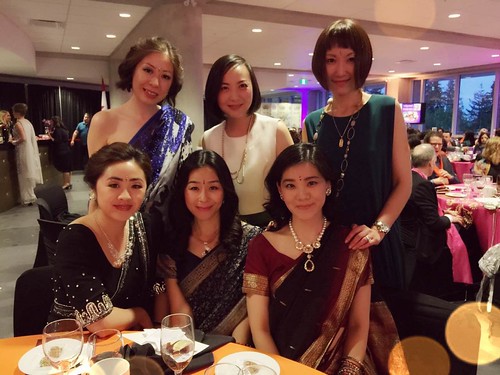 Grace and some of her girlfriends at the gala dinner. 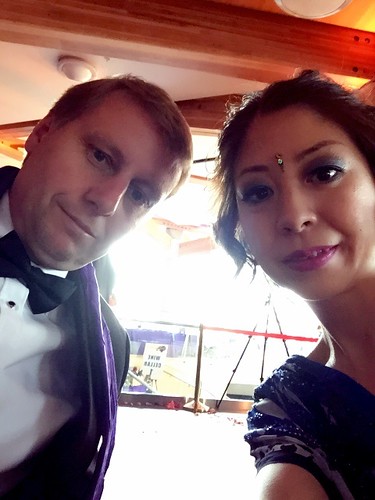 Selfie during the evening 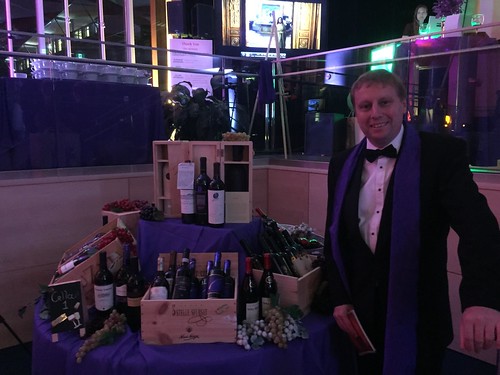 I won an auction for 70 nice bottles of wine, among others a 1997 Opus One and several even older high-end French and Italian wines. Enough to drink for the next couple of months! 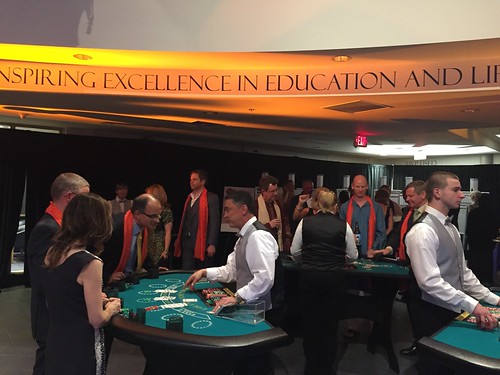 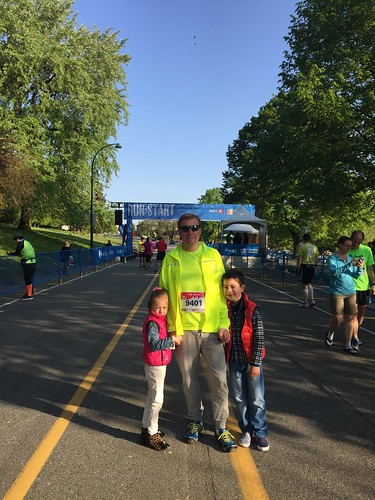 The morning after the gala (basically just a few hours later) I joined the  Vancouver Marathon. The weather was very nice this year, much better than last year! 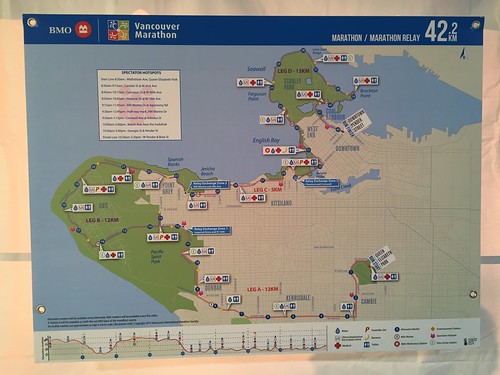 The Vancouver Marathon course is beautiful, but the hills in the first part are killing. Luckily the last 10 km is flat, except for the last 500 meter to the finish line. 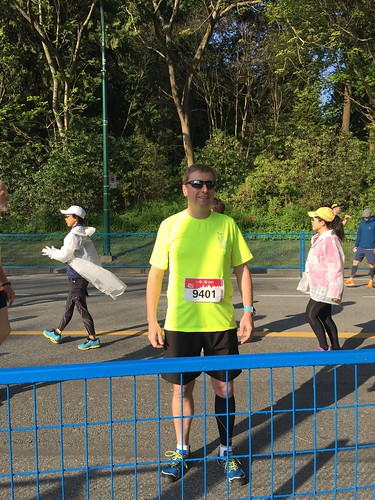 The marathon itself did not go very well. I got an injury while running in New York in mid-April and that prevented me from training during the last weeks. It seemed the injury was gone, but it came back during the race. I did not want to give up, so I managed to finish but for the first time ever I ‘ran’ the marathon in over 4 hours (4:15 to be precise). Not something to be proud of, but quitting would have been even worse. 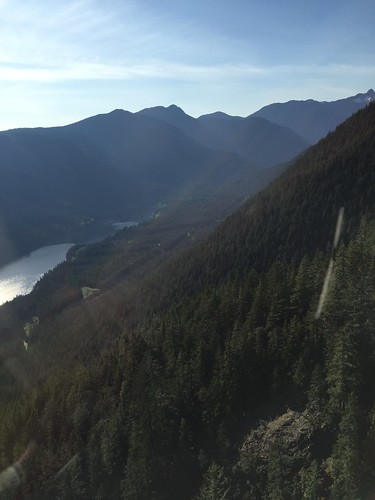 The Grouse Grind opened the week after the Vancouver marathon and because I couldn’t run anymore because of my injury I decided to give the Grind a try 5 days after the marathon. 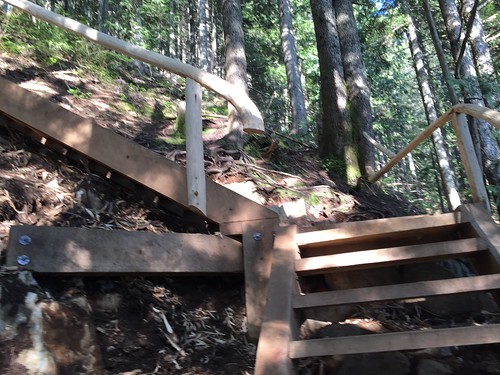 The Grouse Grind had a lot of renovations during the winter, it’s now easier and less dangerous to do the climb to the top of Grouse Mountain. It’s also a bit less exciting to be honest, there are no real difficult part anymore. 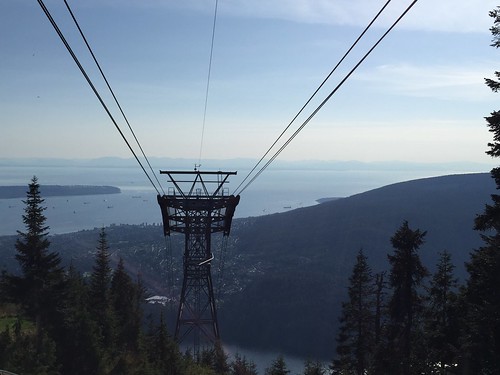 My legs were still quite tired from the marathon, but luckily I still managed to do the Grouse Grind in less than an hour (58 min). The week after I did another Grind in 57 min. Not great, but given how busy I am I’m fine with these times. 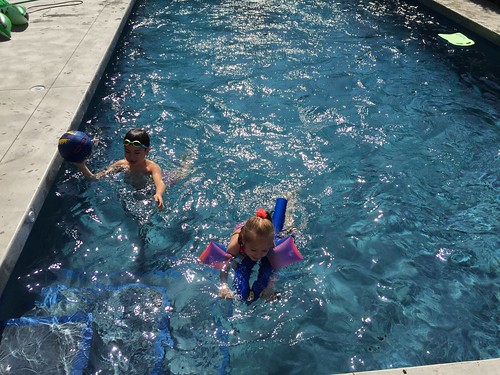 It was quite warm this May so the kids have been swimming a lot. I decided to teach Elaine how to swim, and she picked it up fairly quickly. In the picture above she is still wearing two inflatable arm bands, but she can now basically swim without them. 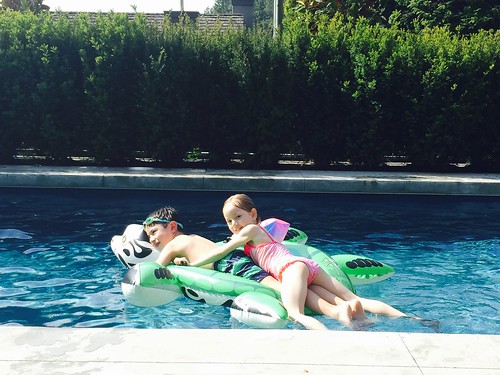 When she plays with Scott in the pool I want her to keep wearing one armband, just in case. She doesn’t see the risks of swimming yet and is overconfident in her abilities, so that may lead to accidents. 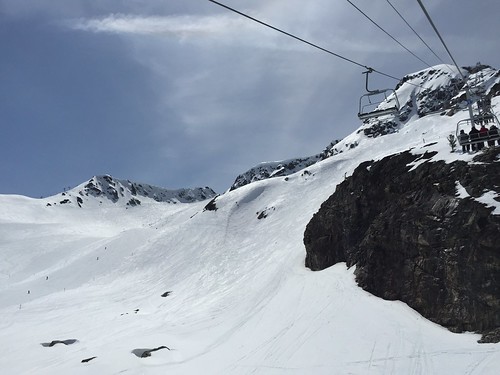 Warm weather means great skiing weather in Whistler, so I took advantage of it during a weekend. Grace and the kids had brunch on a terrace in Whistler and I went up into the mountains for 2 hours of skiing. Whistler is just a one hour drive from our house, so it’s not too far for just a morning or afternoon in the snow. 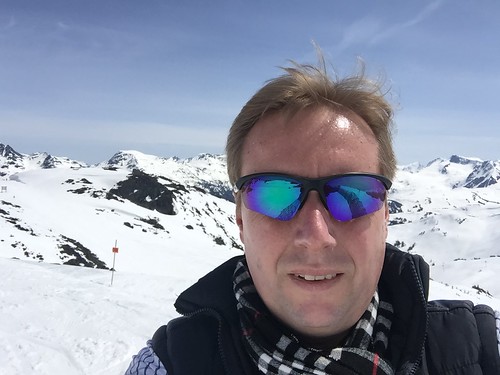 Most people don’t ski anymore in May so it was very quiet on most of the slopes. Of course many lifts are closed, but the snow was quite decent. 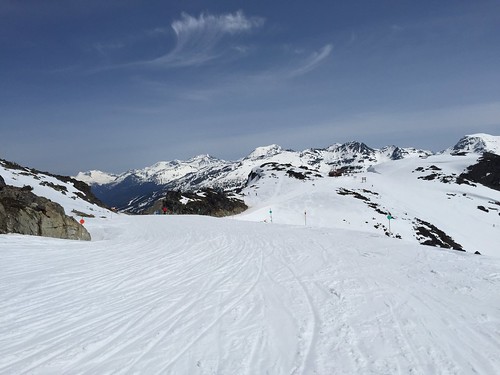 The ski resort will be open until June 7 this year and over the summer months the glacier will be open for skiing. I may do some glacier skiing in July, especially because I have a ski pass that’s valid for summer skiing as well. I’ve never done that and it seems like a nice thing to do in the morning, while spending the afternoon on the water. 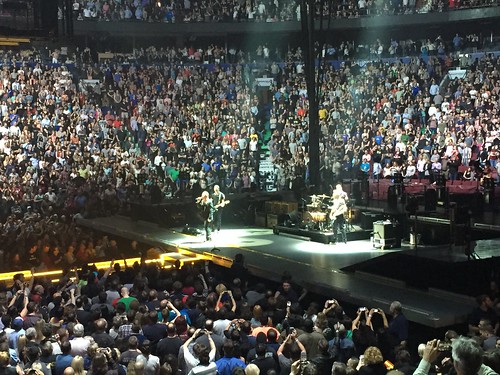 The highlight of May was probably the opening of U2’s new world tour iNNOCENCe & eXPERIENCe 2015. We’re not huge U2 fans, but because Bono rented a house in our street we decided to get tickets anyway. We didn’t regret that, the tour was fantastic, one of the best concerts I have ever been to. 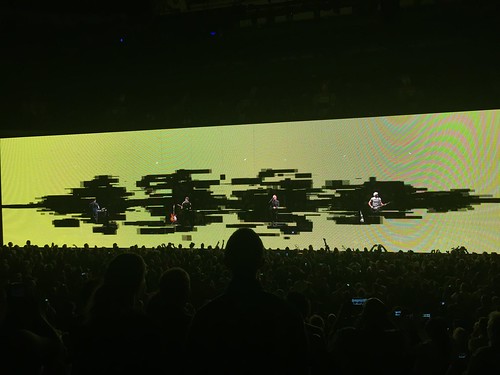 The stage design was very different from other concerts. There was one main stage at one end of the arena, a smaller one at the other side, and a walkway stage in the middle, connecting both stages. A huge video wall in the middle of the arena could be lowered and the band played inside that video wall as well. Pretty cool! 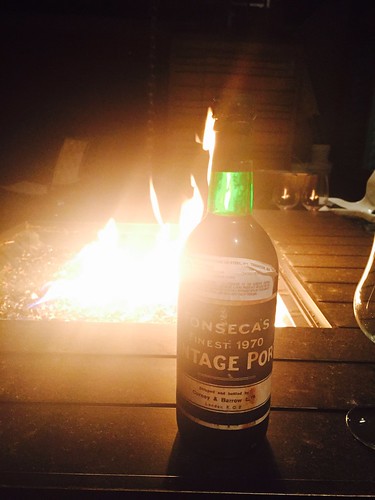 Business friends from Holland that I had not seen for years had flown in for the U2 concert and the next day we had some nice wines at our place. I tried some of the wines that I had won at the auction, among others a very nice 45 year old vintage port wine. It was nice catching up and among others discussing my favorite topic (Bitcoin!). 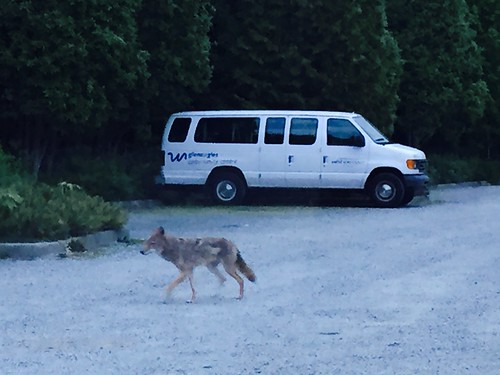 Sometimes we are reminded that we are very close to nature. Last weekend was such a moment, when we saw a coyote crossing the road in front of my car. I immediately stopped and followed the coyote onto a parking lot. The animal was not afraid of all, but I was glad I was inside my car. 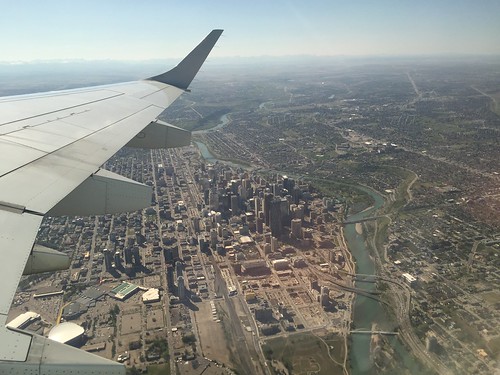 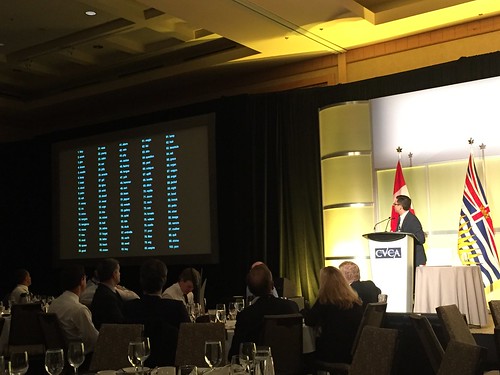 The past 2 days I spent at the Canadian Venture Capital Association annual conference. It’s a good way to meet everybody from the industry in just 2 days and to hear news about new deals and new funds. And of course to have good food and drinks! Last night the keynote was given by Joshua Foer (see picture), a journalist who wrote about memory championships and became so fascinated by them that the decided to join them a year later. And guess what, he won the US championship! He taught the audience some tricks on how to memorize long sequences of words (on the picture he has a list of 100 words that people need to memorize at championships) or how to remember people’s names. We also received a copy of his book (Moonwalking with Einstein), and I’m planning to read that on the plane next week. Fascinating! 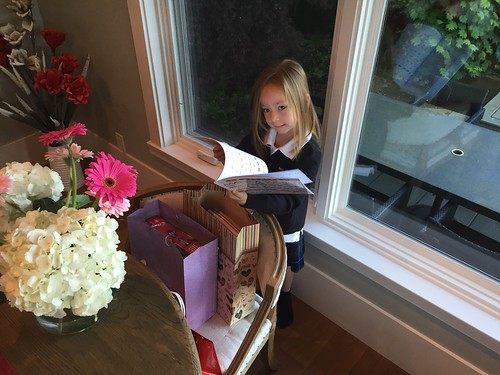 And finally, today Elaine had her 6th birthday. She was very excited about it and got lots of presents (mainly books that she wanted to have, but also some games and a Lego Friends set). She could choose what to eat for dinner on her birthday. I had expected french fries or something like that, but she opted for salmon pasta with a side of creamed spinach (an unexpected choice and an unusual combination).  Elaine is growing up so fast, I still clearly remember the day she was born. Sometimes I wish she would remain a toddler, but I actually also enjoy seeing her grow and learn new skills every day. Elaine, in case you ever read this, I love you!