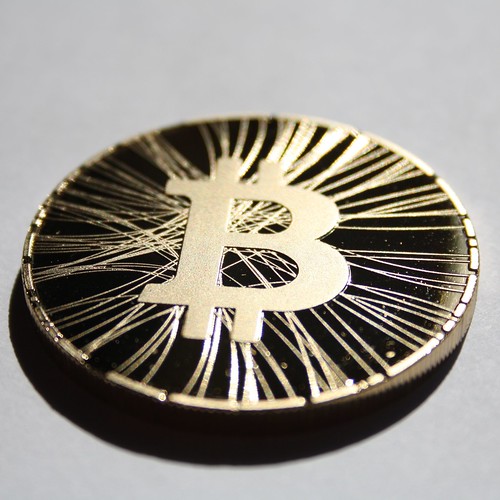 Today Bitcoin exchange/wallet/service provider Coinbase announced that it closed a $75 million round. Among all the major funding announcement of other tech companies $75M may not seem like a lot of money, but it’s actually quite significant. Not only is this a record funding for a Bitcoin company (one that puts total funding for Coinbase at $106 million), but even more important are the investors that put their money into Coinbase. They are not just venture capital funds, but for the first time also top financial institutions.

Among the investors in this round are the New York Stock Exchange, Spanish banking giant BBVA, US military insurance company USAA and Japanese telecom operator DoCoMo. Also the former CEOs of Citi and Thomson Reuters both invested privately in this round. I think this is a game changer for Bitcoin that shows that the crypto currency is no longer dismissed in the board rooms of the largest financial institutions in the world. Now that the first banks are on board the rest will have to take Bitcoin more serious as well.

Why would the NYSE invest in a Bitcoin exchange? I believe they want to better understand how the blockchain works and how they could potentially integrate it into their own systems. Investing in Coinbase will give them access to doing this with the market leader. NASDAQ was for a long time seen as more innovative by tech start-ups that wanted to list (that changed a bit after the Facebook IPO), but with this investment NYSE shows that they are not as traditional as many people used to think.

Having a mega bank like BBVA invest is also significant, because this is the first time that such a bank invests in a Bitcoin company. Banks actually have a lot to lose if they invest in Bitcoin technology: they make their money mainly through fractional reserve banking (basically creating new money) which is not possible on the blockchain, because you can see exactly where each Bitcoin is. The blockchain is the ledger that banks provide for their customers and many of the bank functions are not needed anymore if Bitcoin would start to take over the financial industry. I am aware that you can of course circumvent this by creating money through off-blockchain transactions, and that might happen eventually, but I don’t think that’s why they would invest.

Probably BBVA’s thinking is that it’s better to be the first to embrace Bitcoin banking than to be a follower. Now they are able to buy a share in the leading Bitcoin company in the world for what may turn out to be a low valuation. Normally a $75M round implies an approximate $400M valuation of the company, but if Coinbase would really become the first Bitcoin bank that’s peanuts (BBVA itself already has a $50+ billion valuation, 125 times that of Coinbase).

Many might not know this, but BBVA is a very innovative bank. Last year they bought Simple, a debit card ‘bank’ that was on its way to disrupt the banking industry. I loved Simple and was a bit disappointed that they sold out, but at least BBVA seems to be a good parent company (Simple is still around, but I have no idea how they are doing).

Having former Wall Street CEOs on board as investors may not seem to be a big thing. However, even though these guys don’t have the power anymore that they used to have, but they are still extremely well connected and will spread the word about Bitcoin in the right circles. The fact that they see Coinbase as an investment opportunity means they understand that the financial world is going to change.

I don’t think this is the last big Bitcoin funding announcement that we’ll see, it may actually open the floodgates for even bigger investments in companies like Circle, Bitpay or Blockchain. Or we may see more M&A activity in this field, with $75 million in the bank you can do some interesting acquisitions. Good times in Bitcoinland!