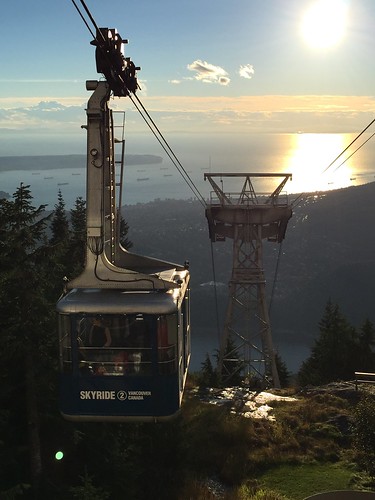 View from Grouse Mountain this afternoon

I regularly do the Grouse Grind, a very steep 2.9 km hike with an altitude difference of 853 meters. Scott had told me a few times that he would like to join me, but I always thought it would be too hard and dangerous for him. The Grouse Grind was chosen last year as of one of the 10 most dangerous hikes in the world, and although I think that’s a bit over the top it’s certainly not a simple walk in the park. Each year many people have to be rescued because they underestimate the trail and some people have even died while trying to get to the top (either from heart attacks or because of slipping and falling down the steep slope). 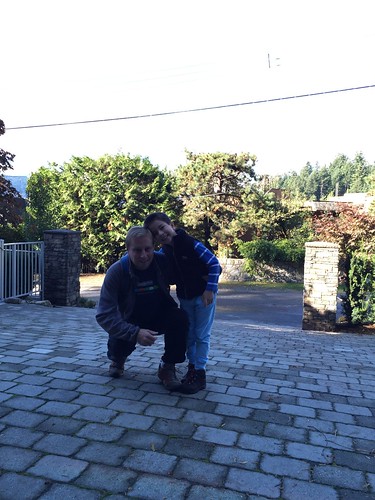 With Scott before the start of the Grouse Grind

The Grouse Grind season will be over soon: once there is snow on the trail it will be closed right away because it would be too dangerous, and that will likely happen in the next 1-2 weeks. So when the Grouse Grind topic came up again yesterday I told Scott we would go on Sunday if the weather would be nice. 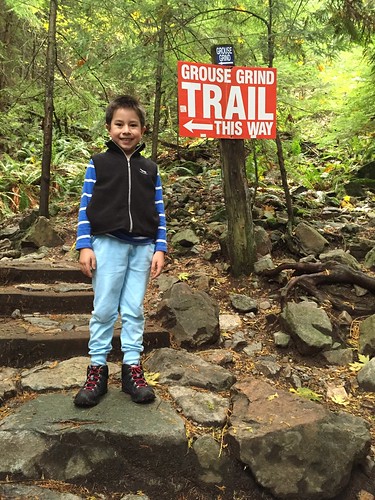 Well, today was a sunny day, so after lunch we put on our sports clothes and hiking shoes and drove to the start of the trail. Despite the fact that it was late in the season it was quite busy at the entrance of the trail, but it did not matter too much today because we would not go fast. If I do the Grouse Grind on my own I normally go much faster than the average hiker, so I keep on passing people on the narrow trail, which slows me down a lot. 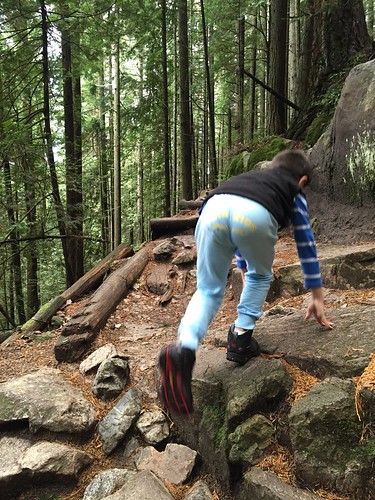 Scott was very happy and immediately set the pace. For the first 10 minutes we kept up with all the other hikers, but when the trail became steeper I told Scott to slow down a bit and let people pass. After about 20 minutes we made our first stop to drink some water. I didn’t really know whether Scott would be able to make it to the top (I had some doubts actually), but I knew that the best chance of reaching the finish was by stopping frequently and by drinking and eating enough. So I encouraged Scott to stop regularly, luckily he did not mind. 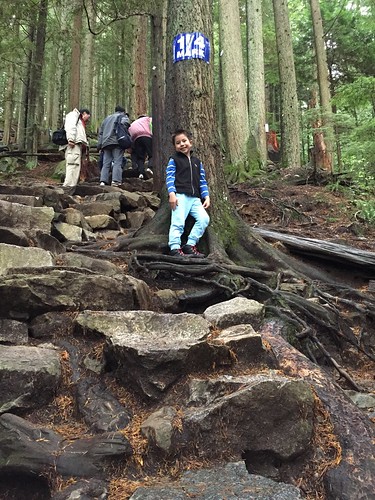 The trail is well maintained and has a lot of steps that make it easier to climb. However, for Scott these steps were just a bit too high, so he climbed around the ‘stairs’ which made it even harder for him. But he did not mind, he even told me he liked the difficulty of the climb. After about 30 minutes we were at the 1/4 mark and we made another stop. Scott was talking a lot during the hike, so he did not seem to be tired yet. 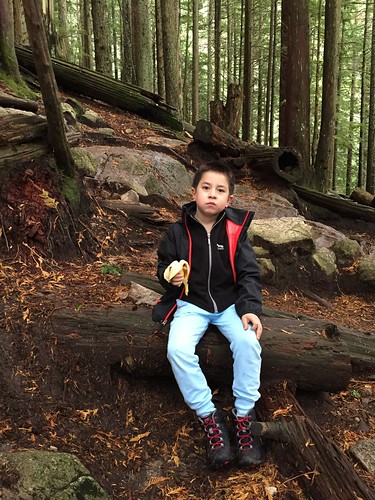 We hiked on and Scott kept on setting the pace. We let some people pass, but the pace was such that we even passed some people! The last thing I wanted was for Scott to blow up halfway the course, because walking down is even more difficult than going up (next to the fact that it’s not allowed to hike down), so I forced him to make another stop before the halfway point. He did not see why that was necessary but he did not mind and after a banana we hiked on to the 1/2 mark. 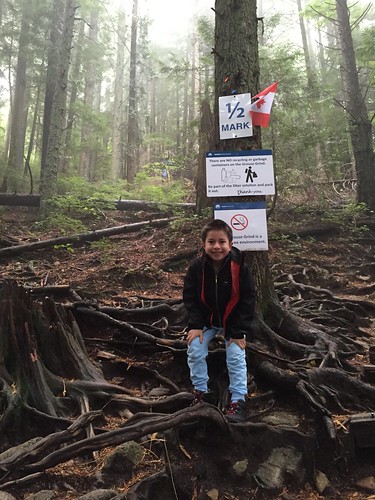 From there Scott seemed to be getting wings and between 1/2 and 3/4 he did not want to stop at all. He asked me a couple of times if we were almost there, but he said he was not tired. At 3/4 we stopped for some more water and a Twix bar and then we climbed the last part to the top. 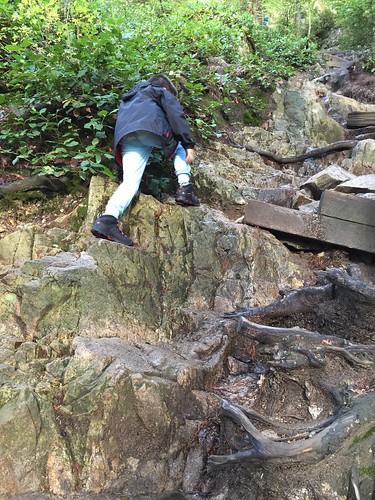 After 1 hour and 53 minutes we reached the gondola station and I high fived Scott to celebrate his first Grouse Grind. He was happy as well and was still full of energy. We had a hot chocolate in the restaurant and then we walked around on the mountain for another 30 minutes before taking the gondola down to the parking lot. I am very proud of my little boy, he is quickly growing into a big boy and I am sure we’ll do this hike more often together. Congratulations on this achievement Scott! 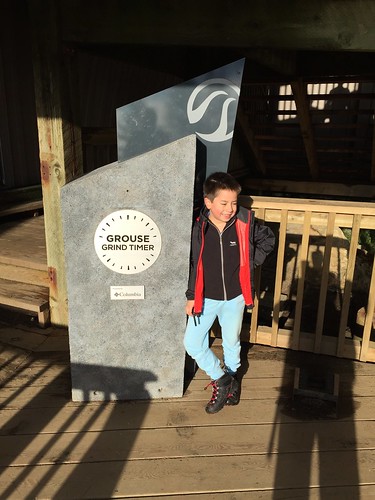