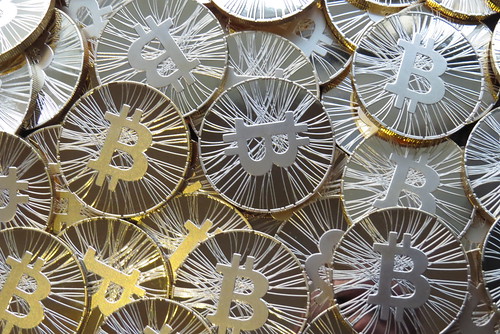 During a strategic session in our office this afternoon we brainstormed about new business models that would only be possible with Bitcoin technology. One thing we discussed was a business idea that I had read about last night in a post from Twobitidiot (a well-known Bitcoin blogger). His idea was to set up a company that would allow employees to be paid on a daily basis instead of monthly.

When I read this yesterday I did not think about it t0o much, but it’s actually a very feasible idea. One reason why most people are paid on monthly instead of daily, is because it’s too much of an administrative effort to do this every day. If you give people a check you don’t want to write new ones every day, if you pay cash it’s too much work to count money on a daily basis, and if you pay by bank transfer transaction costs would be much higher.

I wonder what would happen if companies would offer people the choice to either get paid on a daily basis in bitcoin or monthly in fiat currency. Especially among people who are not paid so well a large group may prefer to get daily payments instead. It would for example mean that people who now go to payday loan companies before the end of each month don’t need to do that anymore and can save the (high) interest that they are being charged there.

Companies may not like it of course, because their cash flow would look a bit different (at the end of the month it will be the same, but during the month they need more cash on hand to pay) and they would lose interest on the salaries that need to be paid earlier.

Employees might be scared because of the high volatility of bitcoin, but with services like Bitpay or GoCoin it’s easy to change the bitcoin to dollars right away, so there is no exchange risk. Once bitcoin will be less volatile (which will eventually happen) they can keep the money in bitcoin until they use it. By that time they can buy a lot more products in BTC anyway.

You could set up smart contracts that pay out right away the moment someone checks out from work or leaves the building, and even overtime could be paid out immediately. It’s actually a much fairer system for workers.

Right now there is no full cycle in the bitcoin economy: you can buy goods with bitcoin, but merchants will immediately sell their bitcoin for fiat currency to pay their salaries and other costs, leading to a downward pressure on the bitcoin price. If salaries would be in bitcoin as well there is less pressure for them to sell all their coins, because they can use them. Next to that, if more people would earn bitcoin it’s likely that more companies will accept bitcoin. These companies in turn may use them to pay their employees, and then there is suddenly a full cycle possible.

Embracing Bitcoin technology can make life a lot easier for people but also for companies. We identified quite some opportunities for start-ups to use the blockchain and smart contracts. The ideas we came up with don’t exist yet because entrepreneurs only go for the low-hanging fruit in a new market segment or because they don’t think out of the box (yet).

The world as we know it will change a lot over the next years because of Bitcoin, that’s for sure. It’s fun to be at the forefront of these changes and to try to predict what to focus on in our investments.