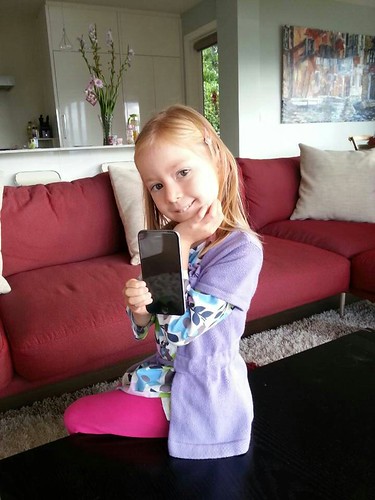 I have been using the iPhone 6 for about 10 days now and I have mixed feelings about it. Normally when a new iPhone comes out I buy it straight away and hardly ever touch my last phone anymore, but this time it’s different.

The phone looks decent, but it reminds me of an ancient Galaxy S3 that I still use as my Chinese phone (it’s an early 2012 model), the size and the design are quite similar. The only design part I do no like about the iPhone 6 is that the camera lens sticks out. I don’t believe that’s something that Steve Jobs would have allowed, it just feels awkward and the phone is always tilting a bit when you put it on the table.

The screen of the iPhone 6 is great and after some initial problems of setting up the phone (for some reason the full back-up I made of my 5S did not make it completely to the new phone) I enjoyed using it. The camera is better that the 5S, especially in low light situations and the extra row of apps on my home screen is an advantage when you constantly have to decide which apps come on the first screen.

However, the bigger screen is also its biggest disadvantage, because it is much harder to use the phone with one hand. Over the years I got used to handling the phone completely with one hand, including typing. But with the iPhone 6 the screen is just too big to that comfortably. I already dropped the phone once (luckily the screen did not break this time) when trying to reach the top right app with my right hand thumb and I am sure that will happen more often in the future.

This weekend I was in Las Vegas for a 3-night bachelor party (no blog post about that trip, what happens in Vegas…) and when I’m in the US I use both my Canadian and my US phones. Because I use my US phone more than my Canadian when in the US I normally switch SIM cards, so that my Canadian phone becomes my US phone. However, this time I did not do that right away and I used my 5S with my US SIM card. And guess what, it felt much better to use the 5S again. I actually kept on using the 5S during the whole trip and only took my iPhone 6 with me for taking pictures.

I would not be surprised if a lot more people will soon realize that they have the problem that they can’t use the phone with one hand anymore. I had assumed that this problem might occur with the iPhone 6 plus, so I did not buy that one, but I had not imagined that the 6 would also be too small. With iOS 8 installed the 5S may actually be a better phone than the 6, except for NFC and the camera.

I will likely use the 6 for a while again now that I’m back in Canada, especially because of the camera (I take tons of pictures every day). It’s possible that I will get used to it after a while but if I keep dropping it I may switch back.

First world problems, I know, but it shows that Apple may have lost some of its magical touch by making products that are not exactly what you wanted to have. I actually believe that if the iPhone 5S had come out after the 6 people may have raved about it that one (“the smaller size is just amazing, it’s so much more convenient etc.”), just like they now rave about the 6. Well, I am glad I did not buy the iPhone 6 plus!