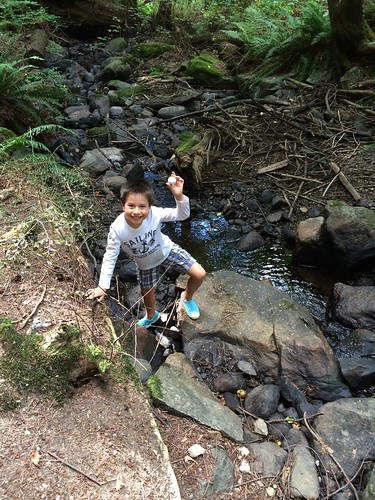 Scott and Elaine like to collect lost golf balls and the best place to find them is in a creek next to the golf course. Most people decide to tee of with a driver, but their skills are generally not as good as they think, so many balls end up in the woods and very often the ball rolls into a creek that runs through there. 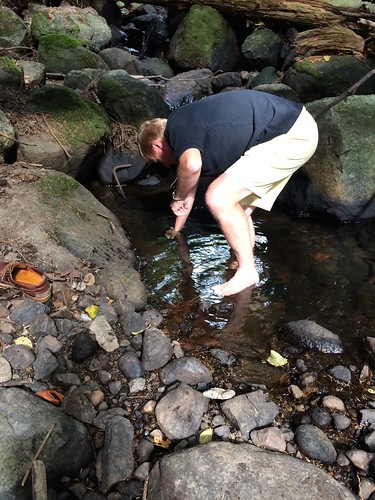 This afternoon I joined Scott and my parents for a walk along the creek to hunt for lost golf balls. We immediately spotted a few, but some where hard to get out of the stream. I even had to wade into the cold water to collect some of the balls. 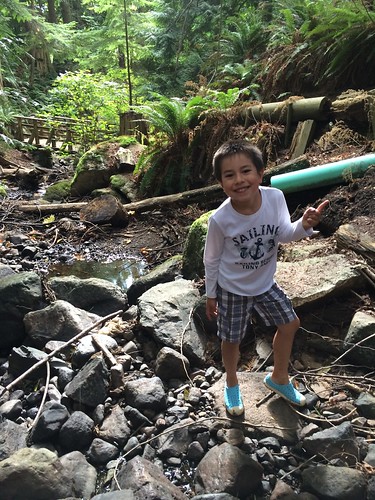 Within 20 minutes we found 15 golf balls, despite the fact that we already found at least 5 yesterday as well. After that we walked down to the beach where we spotted another one in the water at least 200 meters from the fairway. 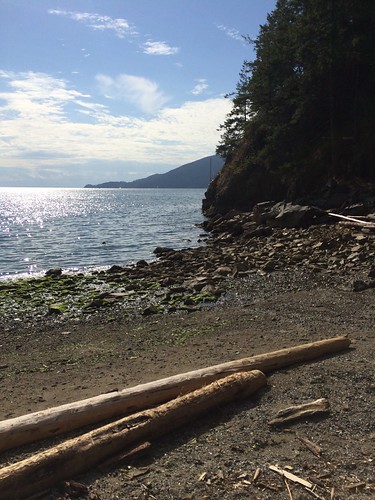 While Scott was building a dam in the creek on the beach he found another one. That ball must have floated down the creek when there was more water in it, I don’t think I ever found golf balls before on that beach. So a total of 17 balls during a short walk, which is probably a new record. At home the kids now have a collection of hundreds of golf balls, there might be a small business in there for Scott and Elaine!