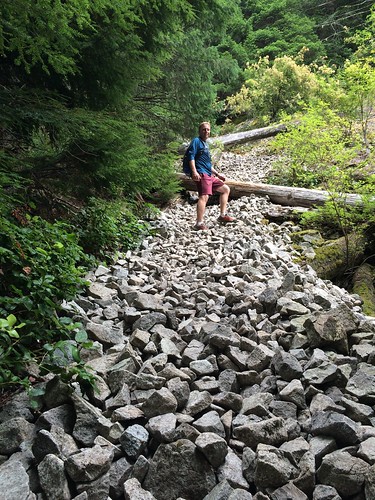 Because it’s a bit cooler and more cloudy this weekend, my dad and I decided to hike up from Eagle Harbour to Cypress Mountain, a 12 km trail that climbs 1000 meters in just the first 8 km. 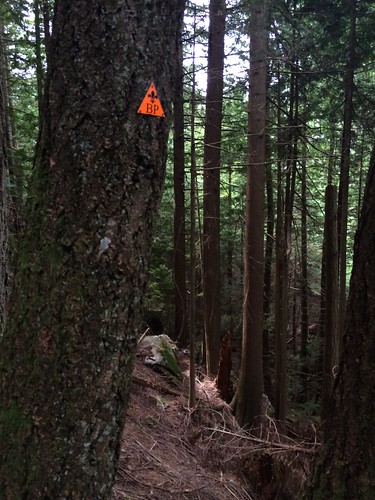 I had done the trail (which is part of the Baden Powell Trail) once before with Alexandre Imperatori, but we somehow got lost and made a bit of a detour with lots of scrambling and climbing on very steep mountain slopes. We later figured out how and where we got lost, so I managed to avoid the mistake this time. 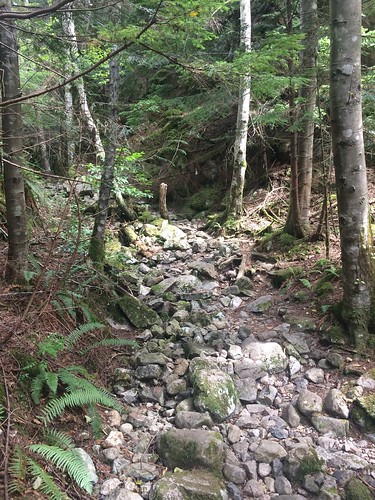 We started off by doing the Nelson Creek Trail to Whyte Lake, which took us just over 20 minutes. Then we hiked around the lake and took a left on the first small path that we saw, which took us to the Baden Powell Trail in about 10 minutes. From there it was hiking straight up for about 2 hours. 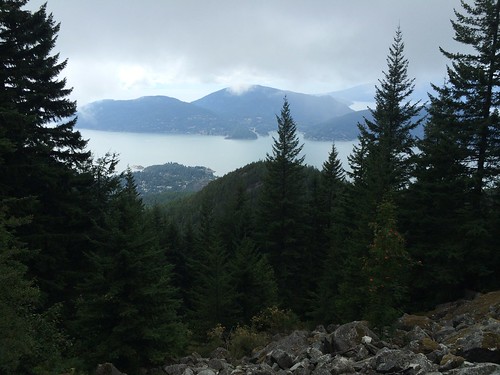 During the whole trail we only saw 6 other people. One person was a bit strange, he came down from the trail on his own (which is unusual) and asked us where the trail would lead to and whether it was well marked. This was at least 1.5 hours of fast hiking from the start of the trail and 2-3 hours from the top, nobody would end up here without a map and some knowledge of the area.

When I first spotted him in the distance I thought for a second that it was a bear, because he was completely dressed in black. He actually stopped when he saw us in the distance but after about 10 seconds he continued. Looking back I was glad I was not on my own there, it did not feel right. Maybe it was a criminal, he certainly looked like one. But what was he doing here? I can’t explain it. 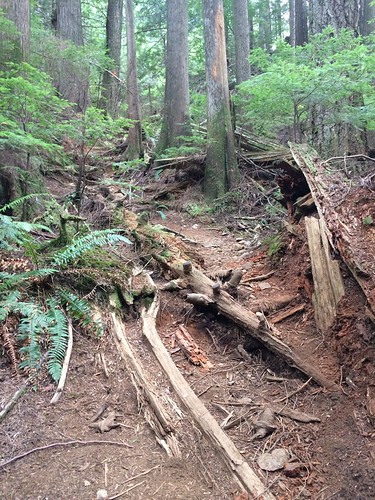 Nature is stunning, the rainforest is so amazing here, with small streams, rocks and huge fallen trees. The trail was extremely steep at some places and we had to climb using both hands and feet over boulders and rocks. 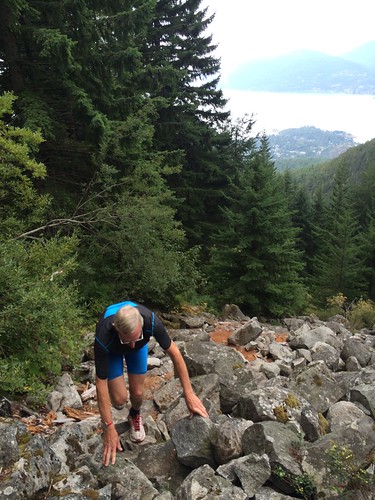 After about 2.5 hours we ended up at Eagle Bluffs, an area with huge rocks overlooking Vancouver, Bowen Island and Howe Sound. Unfortunately there were quite some clouds below us, so the view was not as nice as usual. We had a banana and some water and then continued on to Cypress Mountain. 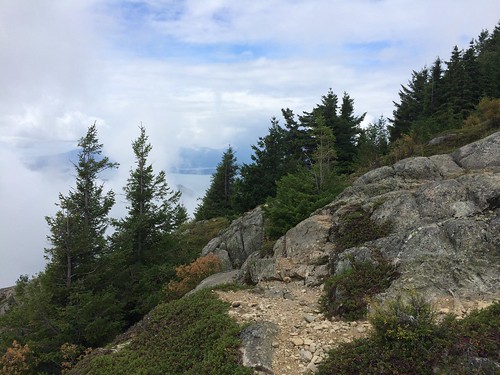 The last part is fairly easy, just a trail that goes up and down a bit through the forest. There are lots of mountain lakes that are probably frozen and snow-covered for most of the year, but that now almost look like well-maintained park lakes. The main difference would probably be the manytracks of animals in the mud at the water’s edge. 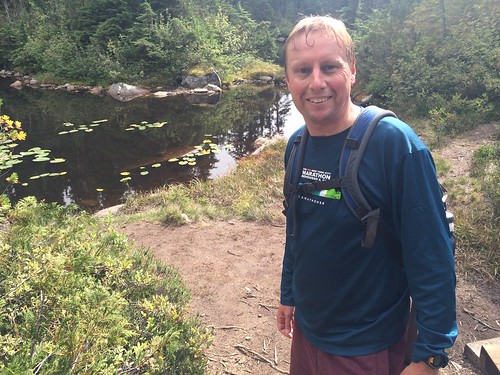 Eventually we ended up at the top of the Eagle Express chairlift at Cypress Mountain, the area where I ski at least once a week in winter. The ski area was deserted at the end of summer, and my dad and I decided to take one of the skipistes down to the main parking lot. Halfway my dad stopped and pointed something out in the distance. I took a better look and realized 2 huge grey wolves were standing about 200-300 meters away from us. To be honest, that scared me a bit, I don’t know a thing about wolves and I had no idea what we should do or not do. We both picked up a large rock and then quickly continued our descent in a direction away from the animals – without even taking a picture, something I now regret… 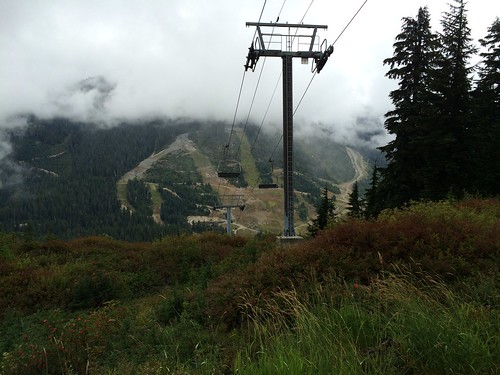 We made it back safely to the parking lot where we had parked one of our cars, exactly 3.5 hours after we had started the hike. We were both quite tired and had an energy bar and some water before driving back to Eagle Harbour to pick up my car. It had been a great hike, glad we managed to do it without too much trouble.