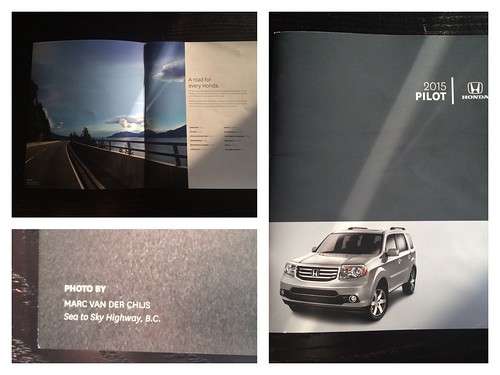 I take many pictures every day and some of them I put online, especially on Flickr. I started using Flickr for my online pictures in January 2005, a few months after I started this blog. At first just a few pictures per week, but from my stats I can see that I became more active around 2007, when I started posting 100-200 pictures per month.

Right now my Flickr stream contains over 17,000 public pictures that have been viewed about 2.5 million times. On average people view about 2500 of my pictures every day, but when I post a lot of photos in a post on this blog or on Facebook/Twitter that can easily go up to to 5000 or even 10,000 views per day.

I believe in the motto ‘sharing is caring’, so I use a Creative Commons license for my pictures, the Attribution-NoDerivs 2.0 Generic license. That means that anybody can use my pictures, either commercially or non-commercially, as long as they attribute the picture to me and if they do not change the picture in any way. Because of that my pictures have ended up on many other websites over the years, but also in travel guidebooks, magazines and in newspapers. Normally I only find it out through Google Alerts when pictures are attributed to me, or when I see a spike in traffic coming from an external site.

A few weeks ago an ad agency working for Honda got in touch and asked whether they could use a picture of the Sea-to-Sky highway for a Honda car brochure. It was a photo that I took with my iPhone while driving home from Whistler last year. I told them that was fine with me and that I did not want money for it, just an attribution with my name and a copy of the brochure. 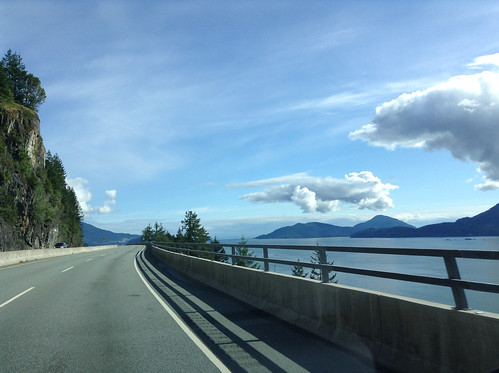 Because the quality of the iPhone picture was not very high I did not think they would use it, and I also did not expect them to send me a copy of the brochure. But to my surprise yesterday Fedex delivered a couple of Honda Pilot 2015 brochures and on the second page my picture was used. So now I can also add car advertising photographer to the list of many different jobs that I have had over the years!