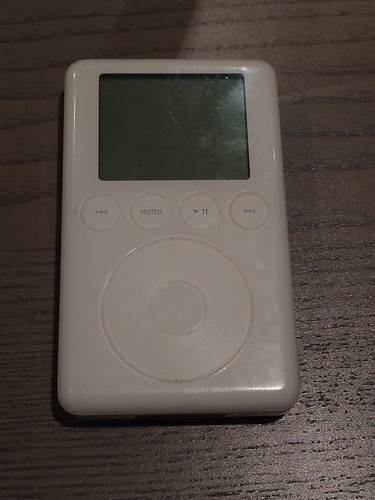 On August 13, 2004, today exactly 10 years ago, Adam Curry recorded his first podcast, The Daily Source Code (DSC), which started the whole podcasting phenomena. Coincidentally I was following Adam on his blog during that time so I listened to that first DSC as well. I immediately liked the concept of self-produced on-demand radio and so I started looking at the technology behind podcasting. Doing that would change my life, but of course I had no idea about that yet.

In the summer of 2004 I was working in Shanghai as a managing partner in a consulting company called China Bay. During that time I was not active online yet, but during the hot summer months in our small high-rise apartment in Xujiahui I started reading blogs (blogging was still quite new at that time) on subjects that interested me. I also started playing around with RSS feeds for the first time.

Adam Curry’s blog was on my blogroll (does that word still exist?) because I used to listen to him as a teenager when he was a famous Dutch DJ. If I remember correctly he used his blog to describe how he was hacking together a piece of software that would let you automatically download mp3 files to your iPod. He called it iPodder and with that podcasting was born.

I spent August playing around with iPodder, reading the newsgroups and/or email newsletters about podcasting and of course listening to the first podcasters on my big white iPod (which still had an internal hard disk!). Dave Winer’s Morning Coffee Notes was one of my favorite podcasts (Dave invented RSS) and of course the show that Adam and Dave recorded regularly, Trade Secrets.

I was not an entrepreneur yet but I started looking at potential business opportunities around that time, and I felt podcasting could become big. Within a very short time podcasters were sharing intimate details of their lives online (e.g. on the quite explicit Dawn and Drew show) and for the first time I realized that people want to show others their lives if you give them the right online tools (remember that this was long before social media started to take off).

Podcasting suddenly gave everybody the freedom to record a show and distribute it to the whole world on a subscription basis through a ‘podcatcher’ (another word that’s not being used anymore I think, iTunes is the best example of a modern day podcatcher). By following so many blogs and podcasts I also felt the urge to start sharing my own ideas with the world. I thought about doing a podcast, but decided to start with a blog first. My first blog post dates back to September 2004, but it’s lost in cyberspace (the archives on this blog only go back to August 2005 when I changed from Radio Userland to Blogger). Luckily I still have a hardcopy of my first 2 years of blogging because Grace put them together in a hardcover book as a Christmas present in 2006.

After starting the blog I wanted to do more and my idea was to set up some sort of podcatcher for the Chinese market. I was thinking of a service where everybody could upload their podcasts and where other people could subscribe to them. But I felt that would not be sufficient, you would need an editorial team that would put the best podcasts on the homepage in order to attract more people to the site. However, I could not do that myself because I had hardly any programming skills. I was looking for someone who could help me with that, but did not have a big network yet in the online world.

Coincidentally I sat next to Gary Wang during the first Formula One race in Shanghai in September 2004 (Gary and Grace both worked at Bertelsmann during that time and that company had invited us to the race) and we became friends. A few weeks later during a round of golf I explained him my podcasting ideas and that turned into a new company. Of course we found out quickly that a pure audio site would not become very big, so we added video as well and then Tudou was born!

Interestingly at the same time a company in Silicon Valley was trying to do the exact same thing for the US market. They were called Odeo and were also a combination of a podcatcher with a homepage with the best podcasts. They even managed to get into the New York Times with their idea. Just like us they realized that pure audio podcasting does not scale and is hard to monetize, but instead of switching to video they went in a completely different direction and launched a SMS broadcasting service that they called twttr. And yes, that’s now Twitter with a $25+ billion market cap.

Thanks Adam Curry for this innovation, without you I would probably not have started this blog and certainly would not have come up with the idea for a podcasting site. Audio podcasting never really became mainstream but because of it other people developed new ideas. And I actually still listen to podcasts regularly, not on an iPod anymore but now in my car through the iPhone podcast app.