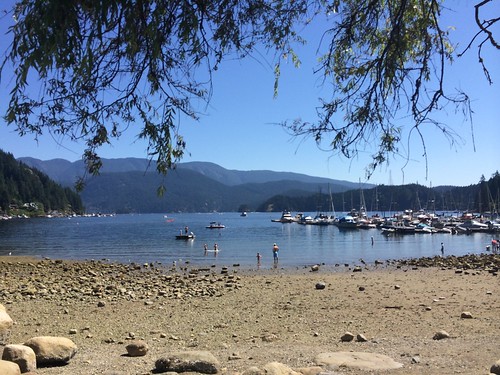 My family in law is still visiting and they will leave later this week, therefore we decided to do a bit of sightseeing. I had planned to go to Deep Cove with them on my boat, but because I sprained my wrist on Friday when I slipped outside the office (never read emails on your phone while walking…) we could not to do that. But of course you can also drive your car to Deep Cove, so that’s what we did. 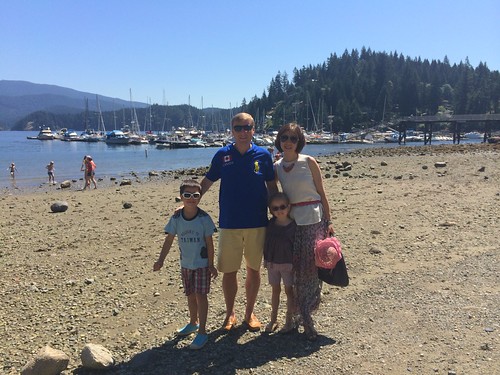 Deep Cove is at the eastern end of Vancouver’s North Shore, at the entrance of Indian Arm and at the foot of Mount Seymour, just a 25 minute drive from our house. It’s a great village to visit in summer because of the combination of mountains and a peaceful bay. I actually looked at a house on the water here before we bought our current home, but because it rains a lot more in Deep Cove in winter I decided not to consider the place.

But of course the summers here are just as great as in most places in British Columbia, with temperatures in the mid-20s Celsius and clear blue skies most of the time. 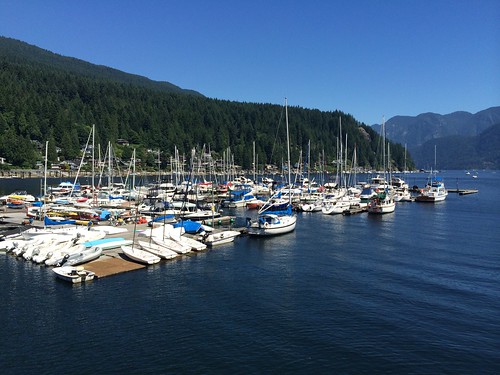 Deep Cove has a marina with mainly small boats (at least compared to Vancouver’s downtown marinas), even on the public dock the maximum length for boats is just 36 feet. So if I had taken my own boat I would have needed to anchor in the bay. Also I would have had to call the railway bridge over the Second Narrows as my mast is too tall to pass under it. So going by car was actually a good solution. 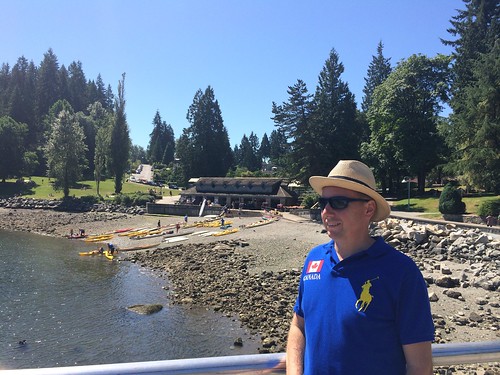 We walked along the beach at low tide and looked at the many people in their kayaks and canoes. The water is normally very quiet here, so ideal to paddle around. It’s also the best place to venture into Indian Arm, a 20 km long glacial fjord with steep mountain slopes on both sides and several water falls. 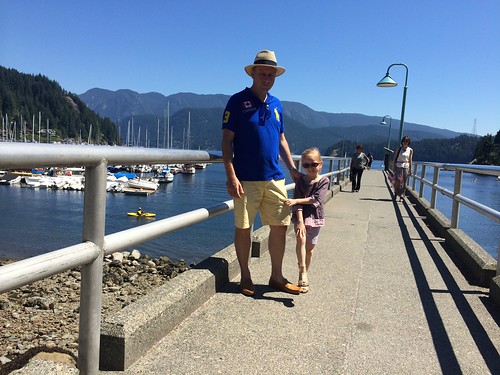 After a lunch of sushi, sashimi and teppanyaki at a local Japanese restaurant we decided to drive up Mount Seymour. In winter Mount Seymour is Vancouver’s third ski resort (next to the ski areas on Cypress Mountain and Grouse Mountain), but in summer it’s a great place to go hiking or to enjoy the views. 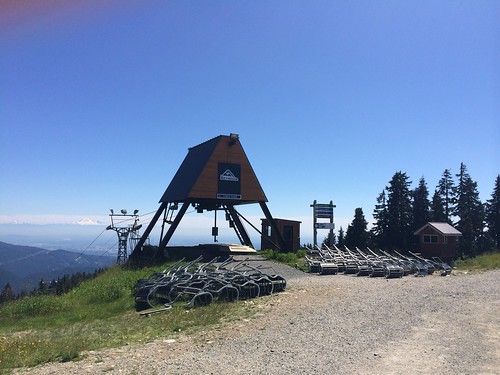 Because my parents in law are a bit older already we did not do a real hike, but instead enjoyed the views over Vancouver with snow covered Mount Baker in the distance. If my hand would not have hurt so much from the fall I probably would have done a short hike up and down one of the ski slopes. I’ll leave that for next time. 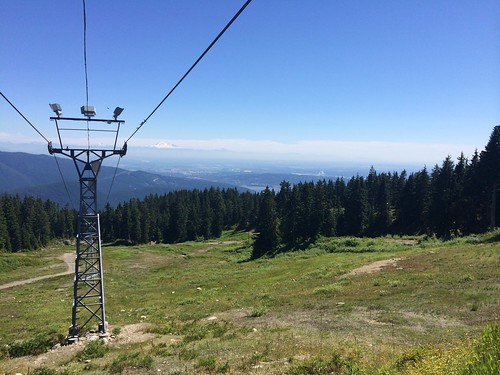