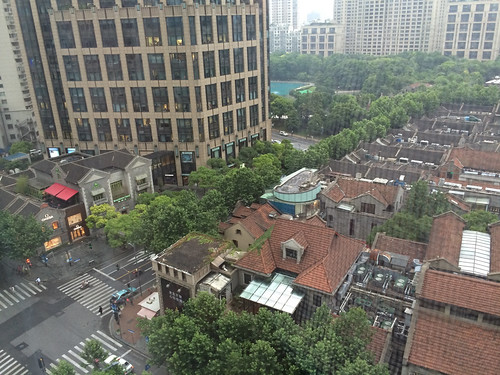 Grace and I landed in China on Sunday afternoon for a couple of days of meetings, dinners or drinks with companies, friends and family. The longer we live in Canada the longer it takes to get used to China again. Things that were normal just 15 months ago now seem so foreign to me. But it’s great to be back and to see what’s going on in business – and in the Chinese Bitcoin world!

The love/hate relationship I used to have with China is still there, but I feel more of an outsider now. My driver’s license here has expired so I can’t drive myself anymore (probably a good thing), I have trouble finding my way in Beijing because the city changes so fast, and I seem to have lost much of my Chinese so I have trouble communicating. 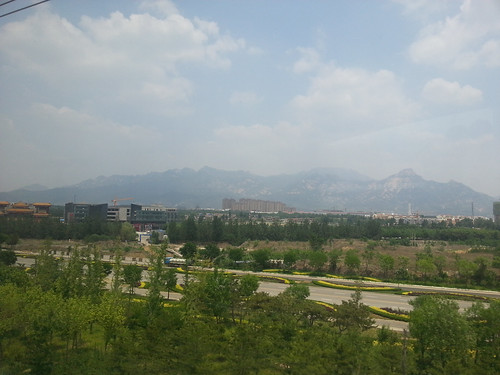 Taishan (Mt. Tai), during train ride from Beijing to Shanghai

The good thing is that because I am only here for 10 days I don’t take things so serious anymore. People jumping the queue don’t bother me as much as before and the endless traffic jams in Beijing are a pity, but then I just leave a bit earlier. When I ordered a cafe mocha during a meeting in a hotel lobby yesterday and the waitress came back 20 minutes later telling me that they don’t have mocha, I just smiled and ordered a black coffee instead. Vancouver made me a lot more patient it seems.

That doesn’t mean that things don’t bother me, the slow and censored Internet is still a big nuisance, but I know it’s just for a few days. I started coughing again a bit a few hours after I landed in Beijing (despite the relatively low smog levels), which is something I am not too happy with. But also there I know I’ll be out of the bad air soon again, so it’s just part of the package.

What I still love is the speed of business here, businesses keep on developing much faster than in Canada. People in China just execute better and faster it seems, and not just Chinese entrepreneurs but also non-Chinese ones. That’s what I still love (and miss) most about China, things just get done here and every week you see progress. Bitcoin gets blocked? Companies find a way around it, and if the way around it gets blocked they will come up with something else. 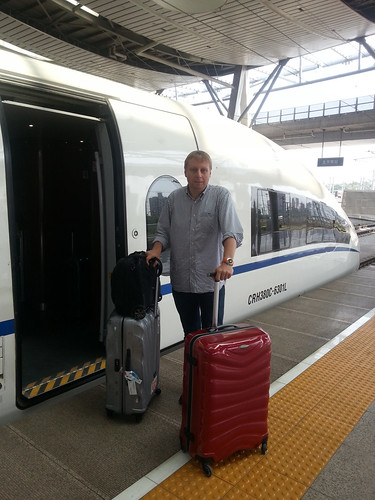 Boarding the bullet train in Beijing

I am now on the fast train from Beijing to Shanghai, my favorite mode of transport between these 2 cities. After the Xinjiang terrorist attacks the security at the train station has become as much of a nuisance as at the airport. We had to go through train station security twice, once at the entrance to the station and once before going to the train tracks. Twice we were stopped because we had a Swiss army knife in our suitcase. The first time we had to register the tool (just sign a document) but could keep it, not sure what the value of that is. Would a terrorist not use a knife after he signed a document for it? We were told to make sure not to lose the knife!

At the second security we had to give them the knife and they put tape around it before handing it back. We were not allowed to take the tape off until we arrived in Shanghai. What’s the use of that? Do they think people with criminal intentions would now not dare to use the knife?

A carpenter got into an argument with security because they wanted to take away his hammer. How can people who need to take the train for their jobs take their tools with them? I understand the country is afraid of a new attacks but either provide a different solution (you can’t check luggage on the train, so maybe provide a temporary solution where you can check in knives and tools?) or just let people take tools anyway (taping them doesn’t help much anyway).

So China has not changed much, but I certainly have. I am more relaxed and don’t take things too serious anymore. Maybe that will change in a couple of days again? I don’t know, but if so I’ll probably update this post. For now I am happy to be back in my former home country.