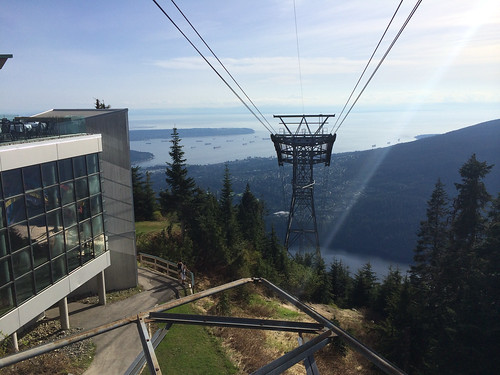 Last weekend the Grouse Grind opened for the 2014 season, but because I was in Holland I could not do the climb on opening day (like last year). I love Grouse Mountain and ran/hiked it many times last year. It’s a great work-out because it only takes an hour (or less) and the nature on Grouse is beautiful. There are not many views during the climb, but because you are normally so focused on where to put your feet for the next steps that’s not a big deal. The views from the top are fantastic of course.

Today I drove over to Grouse Mountain after work and did my first Grind of the season. I expected it to be hard, because I had not done any mountain hiking or climbing activities in months and because of too much travel over the past days. But the opposite was the case: the Grouse Grind was relatively easy and I did the trail without stopping once. I finished in 52 minutes and 39 seconds, a decent time for the first climb of the season. 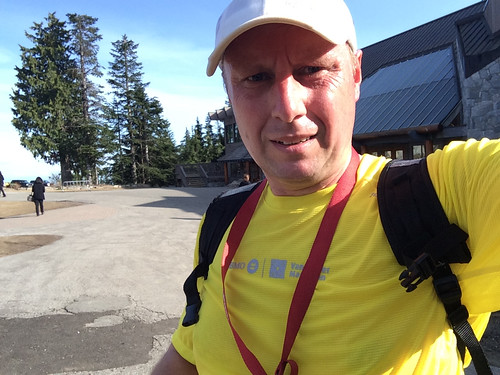 Happy that I made it to the top

Probably the fact that I ran a full marathon just over 2 weeks ago makes a big difference. I especially noticed that I was able to control my breathing most of the time (just like while running a marathon), meaning that I still had some reserves. That was not always the case last year during my Grouse Grinds, so this is a good incentive to keep on running long distances next to climbing Grouse Mountain.

For people in Vancouver: there is no free parking at the bottom of Grouse Mountain anymore. The former free parking spaces close to the start of the trail now cost $2 for 3 hours (which should sufficient for a Grouse Grind plus the gondola back down), or you can park at the gondola for a bit more than that. I opted to buy a yearly parking pass for $42, considering the number of times that I’ll be at Grouse that’s probably money well spent.