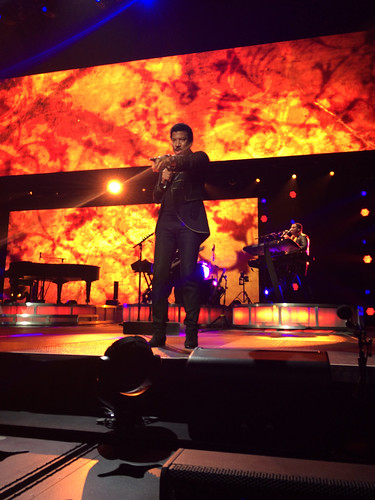 In China we regularly went to concert and events, but in Vancouver we spend most of our nights at home (mainly working or reading work-related materials, some things never seem to change…). That’s actually not because we don’t want to go out, but mainly because we don’t have live-in staff, so we can’t leave the kids at home at night. But because my parents were in town we decided to watch the opening concert of Lionel Richie‘s North American Tour last night at the Rogers Arena in Vancouver. 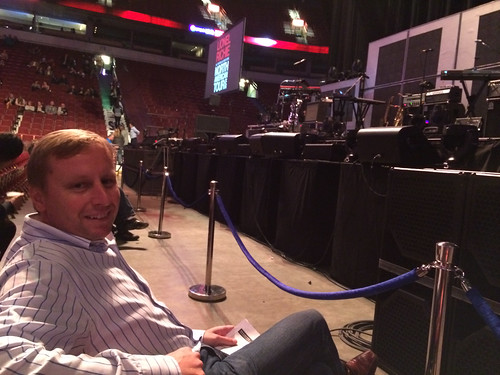 Grace managed to get us front row seats, which is a special experience because you are so close to the artists and you can really feel the music (because of the speakers that are literally right in front of you). Next time I’ll bring ear plugs though. Lionel may not be one of the loudest acts, but my ears still lack some hearing the morning after the show! 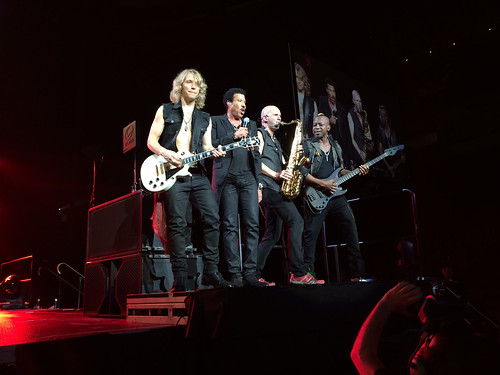 The tickets were not cheap, but I guess that’s supply & demand at work. In Shanghai we were normally invited to concerts, so tickets and even backstage events were for free, and I did not always realize how expensive this can be. 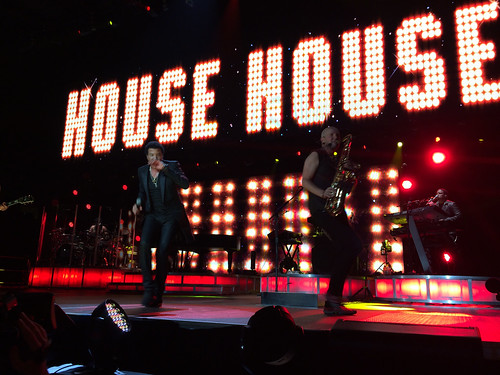 I grew up with Lionel Richie’s music in the 80s and remember among others that my first slow dance in high school was on a Lionel Richie song. I had his albums on cassette tapes and later owned a couple of his CDs, but I had never been to any of his concerts, so this seemed like a good chance. 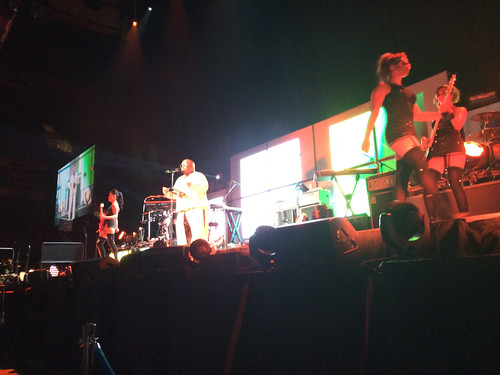 The opening act was Cee-Lo Green, who gave a decent (but not great) 40 minute performance with lots of covers of old R&B and soul songs, but also with his hit Crazy. The scarcely dressed girls that surround him made the show fun to watch, but did not add much to the music. Cee-Lo understood very well that most people were not there to see him and referred to Lionel Richie a couple of times. I like him a lot better now than before, but I can’t believe he is only 38 (he looks 20 years older, partly because he is so obese). 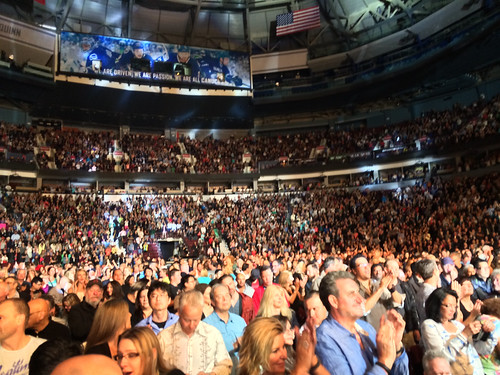 After the opening act the stage was rebuilt, which took about 30 minutes. That gave me some time to post pictures to social media, answer some emails and to have a beer. And then Lionel Richie came up! Although he will turn 65 next month, he looks and acts much younger. He seems to be in great shape and gave a fantastic show for all ages. 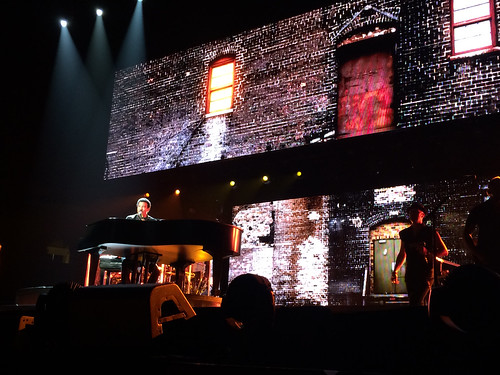 Of course all of his greatest hits were on the playlist (from Hello to Dancing on the Ceiling and from Penny Lover to Say You, Say Me), but also a lot of Commodores hits. The light show was pretty good as well, which colorful background images and animations. Lionel is a good actor and did quite some talking in between songs (introducing songs, making some jokes), which made the evening even more interesting. 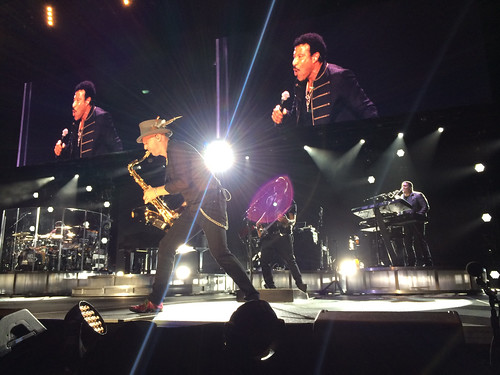 The interaction with his band was great, he gave them a lot of room to perform and they did a great job. Especially the saxophonist gave a super performance, he was really amazing but Lionel did not introduce him. 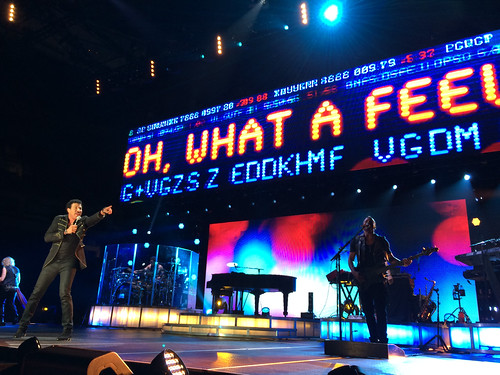 I had expected the last song to be All Night Long, but Lionel Richie and his band came back on stage after that song to perform We Are The World. I did not know that he co-wrote that song with Michael Jackson, but it was the perfect ending for a great night in the Rogers Arena. 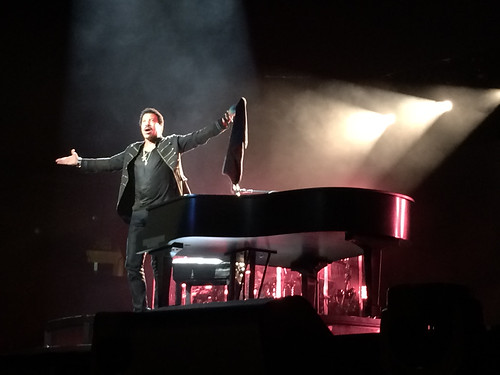