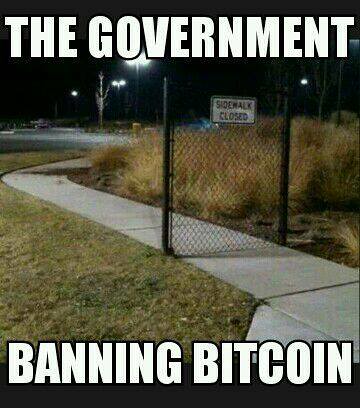 This is not investment advice, but just my personal opinion!

After China made it even harder for Bitcoin exchanges to do business the price dropped significantly today. Lots of people who don’t follow Bitcoin on a daily basis are probably afraid that this is the beginning of the end, but I completely disagree with that. This blog post gives some background on what I see happening in the market right now and where I think Bitcoin prices will go.

The past couple of days I was in New York City for the Bitcoin conference there (see here for coverage on Coindesk, day 1, day 2). It was a very different conference from the ones that I attended in Las Vegas (Dec. 2013) and Miami (Jan. 2014), because the audience were mainly people from the financial world and lawyers.

Bitcoin is growing up quickly and not everybody likes that. The Bitcoin pioneers love the cryptocurrency because they do not like the financial system and want a (semi-) anonymous currency. However, the recent months have shown that the financial system is slowly getting interested in Bitcoin and governments are starting to regulate it. That is something the early adaptors are not too happy with, but which is probably unstoppable. 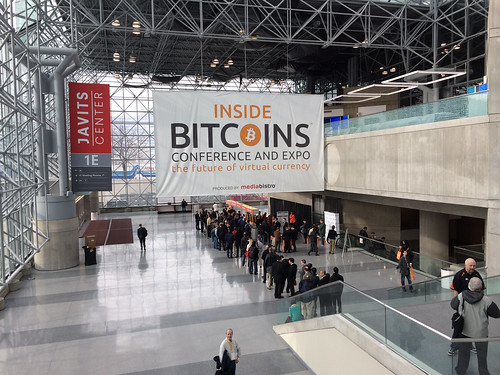 A few pioneers who were at the conference were clearly not amused with what was said on stage in most of the panels and keynotes, and in a way I felt a bit sad for them. They truly believe in freedom without regulations, and they had not expected that Bitcoin would develop in the direction of a regulated asset. At least they probably got rich from the coins they mined or bought when prices were still at much lower levels.

I think regulations are a good thing if Bitcoin wants to become a global currency or a new asset class. At the Miami conference I already mentioned on stage that I think regulations are necessary in order to make Bitcoin big. Without it venture capitalists will be hesitant to invest in it and the financial institutions won’t touch it. I therefore think it’s positive that there is some more clarity on how Bitcoin will be treated and taxed by financial authorities. The downside is of course that people will need to pay taxes on their Bitcoin (capital gains tax), at least in the US.

Now that initial regulations are in place I think a new era of Bitcoin has started. The past 4 months have seen a gradual decline in Bitcoin prices, mainly due to the potential ban of Bitcoin in China, but also due to the non-stop flow of negative news about Bitcoin. A lot of the early entrepreneurs turned out to be frauds, crooks or criminals, and even some of the newer ones seem to be doing the same thing (unfortunately the CEO of the Cyprus Bitcoin bank NEO BEE seems to be the next example).

Most of the decline in price is due to the fact that speculators left the market and that the Chinese BTC holders are selling their coins. People see the news, don’t fully understand it, get scared and decide to sell their holdings. Typical behavior in a market crash.

Bitcoin has shown that it is quite resilient. After the Mt. Gox disaster many people predicted the price would go back to mid-2013 levels ($100), but that did not happen. Each time the price dropped others started buying. That happened for a while at the $400 support level, but that was broken today. Nobody knows what will happen over the next days (especially China news can give BTC another dip), but because there is a lot of smart money waiting to buy in I think it might be back above $400 sooner rather than later.

The short term is not so interesting, however. Where it gets interesting is what will happen to prices once Wall Street gets on board. After the New York conference it’s not a question anymore of whether it will happen but only of when it will happen. It seems almost inevitable to me. 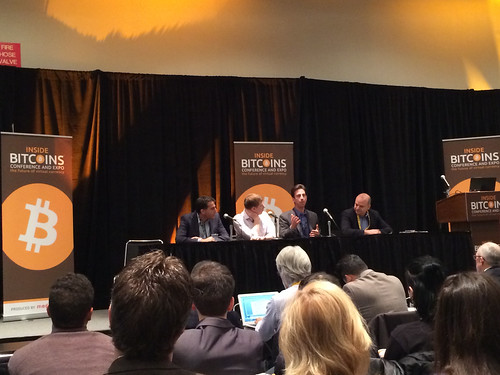 And what does that mean for the long term price of Bitcoin? In my opinion it’s simple: the only way is up! It’s Economics 101, supply and demand. There are currently only 12.5 million BTC on the market, which gives BTC a market cap of around $5 billion. That is nothing, it’s about the same as the value of Youku Tudou right now. But if you compare how much the media and analysts write about Youku Tudou and how much they write about Bitcoin it is clear there is a huge discrepancy there!

Out of these 12.5 million BTC maximum 1 million coins are in the float (meaning that they are not stored in cold storage wallets by investors, but that they can be traded). If Wall Street gets in these firms will not invest just a million dollars in the currency. They may start off relatively small with maybe $20-50 million in BTC for the early firms. But what will happen if a few firms would do that?

The exact same thing happened when China entered the Bitcoin game in October and November this year: the price went up 10 times from $120 in early October to $1200 in early December because of increased demand. In my opinion this will happen again, but then the price won’t stop at $1200.

When will this be? That’s anybody’s guess, but I would not be suprised if we will see the start of it this year already. What’s needed is a trigger, until then the price might remain quite flat. It looks like Bloomberg might add Bitcoin data to its terminals in the near future, which could be the first trigger for the financial world. Once prices start increasing they may quickly go up 5-10 times again, just like a few months ago. A price of $3000-4000 at the end of this year is therefore not unlikely if instruments to invest in BTC become available (they are not there yet). 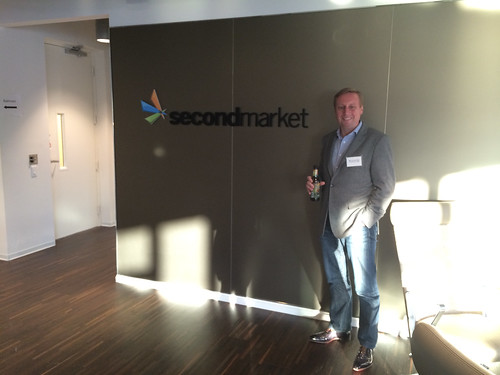 At a cocktail party at SecondMarket’s headquarters in NYC

At the conference predictions were made about the long term fair value of Bitcoin and insiders like the Barry Silbert (CEO of SecondMarket) think that the price may go to $500,000 or even $1 million per coin if BTC becomes a new asset class. These figures are mind boggling right now, but because BTC is so scarce and truly unique it may indeed happen one day (within the next 10 years according to some well known people in the Bitcoin space). I personally don’t see that happen yet, but because of limited supply and potentially huge demand it is theoretically possible.

For me buying BTC is almost comparable to buying a call option right now: there is limited downside (you can lose your investment, but not more than that), but the potential upside is virtually unlimited. And Bitcoin has an advantage over a normall call option in that there is no expiration date!

Despite the lower prices and all the problems Bitcoin faced over the past months I remain extremely bullish on the cryptocurency. The New York conference convinced me even more of the fact that more regulation will be a very positive thing and could lead to a price explosion. 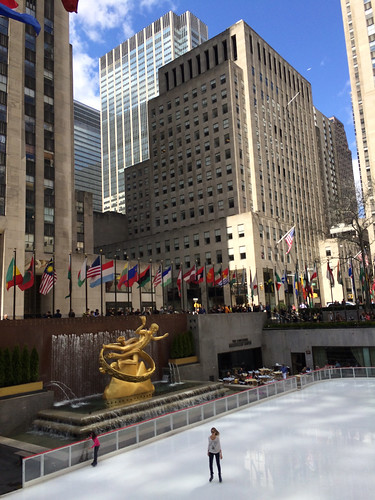 There are still risks that Bitcoin could be ‘banned’, but the more regulators and governments learn about Bitcoin the smaller that chance is. There is also a chance that other altcoins could take over, but because of the network effect I don’t really see that happening either. A fatal flaw in the Bitcoin protocol is still possible of course, but it’s more and more unlikely and the community has shown that they can solve these problems if they occur.

We live in interesting times and I will keep following Bitcoin news closely over the next couple of months!